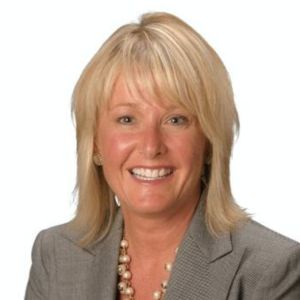 Emily K. Lauder celebrated her 20-year work anniversary in May of 2020. Emily was named Vice President of Administration at Toyota Mississippi in June 2018. The manufacturing facility, located in Blue Springs, produces the Corolla, Toyota’s highest volume selling vehicle globally. In this role, Lauder is responsible for all areas of Administration including Human Resources, General Affairs, Safety and Environmental, Facilities, Accounting and Finance, and Production Control.

Prior to joining Toyota Mississippi, Emily was the General Manager for Human Resources Strategic Partnering-Manufacturing for all of Toyota’s North American plants and was located at Toyota Motor North America in Plano, TX. Emily has served in many capacities including General Manager, HR Manager and Accounting and Finance Manager of Toyota Alabama. Prior to moving to Toyota Alabama, Emily was the Assistant Manager for Accounting and Finance at Toyota West Virginia.

Prior to joining Toyota, Emily held positions as a Financial Analyst with AEI Resources in Ashland, Kentucky, and multiple Accounting and Finance positions with Square D Company in Cincinnati, Ohio and Nashville, Tennessee.

Emily currently serves on the board of the Community Development Foundation in Tupelo, on the board of the Mississippi Automotive Manufacturing Association and the 2020 Southern Automotive Conference Planning Committee. During her time at Toyota Alabama she served on the Huntsville/Madison Co. Chamber of Commerce Executive Committee and as the Chamber’s Vice Chair for the Workforce Development and Education, and on the Board of Directors for Huntsville/Madison Schools Foundation. She is a past President of the Southern Automotive Women’s Forum (SAWF) and remains an active member of the SAWF Board.

Emily received a BBA in Finance from Ohio University (Athens, OH) and an MBA in Decision Sciences from Miami University (Oxford, Ohio). She and her family live in Tupelo, MS.