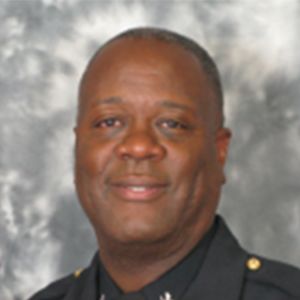 Chief Humphrey is a graduate of the Bill Blackwood Law Enforcement Management Institute Command College (LEMIT). He is a member of the International Association of Chiefs of Police, International Association of Chiefs of Police Community Policing Board, Police Executive Research Forum, National Organization of Black Law Enforcement Executives, FBI Law Enforcement Executive Development Association, Board of Directors of Cleveland County YMCA, Crossroad Family and Youth Services, and Transition House (a program in which those in crisis find pathways to mental wellness). In 2015, he was appointed by Governor Mary Fallin to serve as a Commissioner for the Oklahoma State Bureau of Investigation. He is also a 35 year member of Phi Beta Sigma Fraternity Inc. He currently serves as an adjunct professor at the University of Oklahoma.

Chief Humphrey became a member of Fight Crime: Invest in Kids in 2011. In May 2017, he met with Representative Cole to talk to the Congressman about the importance of funding for after-school care programs and to ensure that federal appropriations for such programs in Oklahoma would not diminish. He has also published an op-ed in the Oklahoman, the local newspaper and helped to communicate with policymakers on important issues.