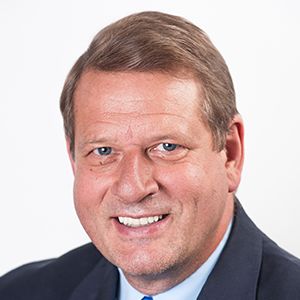 Thomas B. Wine was elected as the Commonwealth’s Attorney for the 30th Judicial Circuit in November 2012. Prior to his election, he enjoyed serving in the Justice system as both a prosecutor and a judge. Mr. Wine has been a Master in the American Inns of Court, Louis D. Brandeis Inn and has served as the President of the Inn for 2 years. He also participates in several professional and community groups, including the Jefferson County Racial Fairness committee, the American Bar Association Racial Justice and Diversity Committee, Cub Scouts, and Boy Scouts.

Commonwealth Attorney Wine became a member of Fight Crime: Invest in Kids soon after being elected Commonwealth’s Attorney in 2012. His office participated in a book drive that gave over 3,000 books to Louisville children to emphasize the importance of reading to being successful in school. He also joined a meeting with U.S. Senate Majority Leader Mitch McConnell to stress the importance of making tax credits permanent that help working families.