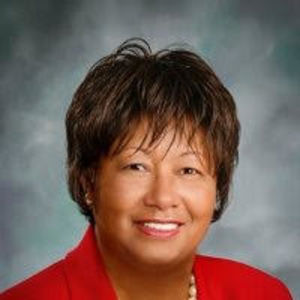 Brigadier General (Ret.) Velma “Von” Richardson has been a member of Mission: Readiness since 2010, and is currently a board member of Council for a Strong America.

General Richardson served in the U.S. Army for three decades, including as Deputy Commanding General of NETCOM, which installs, engineers, operates and defends the Army’s Network and Command capabilities. After retiring from the Army, General Richardson was Vice President of Department of Defense Information Technology (DoD IT) Programs at Lockheed Martin. She attended the U.S. Army War College and received a Master of Arts degree from Pepperdine University in Human Resources Management.