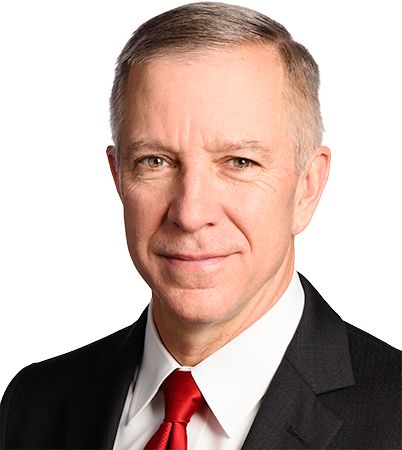 General Spoehr served over 36 years, and was the Commandant of the Army’s Chemical, Biological, Radiological and Nuclear School, with the responsibility for the policy, training and strategy for this critical area. Later in his Army career, General Spoehr served in senior leadership positions in the Pentagon, responsible for charting the Army’s future year financial plans, developing equipment modernization strategies, and achieving business efficiencies and reform. In 2011, General Spoehr served as the Deputy Commanding General, U.S. Forces Iraq in Operation New Dawn, where he successfully oversaw the safe withdrawal of all U.S. forces and equipment from Iraq ahead of schedule, one of the most complex and logistically intensive operations ever attempted by the U.S. military. He earned a bachelor’s degree in Biology from the College of William and Mary, Williamsburg, VA, a Masters of Arts in Public Administration from Webster University in St. Louis, MO, and a Master of Arts in Strategic Studies from the U.S. Army War College, Carlisle, PA. 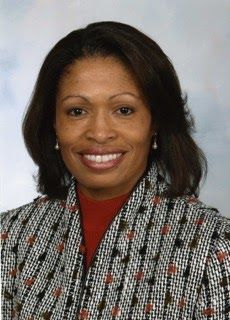 Major General Marcia Anderson has been a member of Mission: Readiness since 2017. General Anderson retired from the Army in 2016 after 36 years of service. In 2011, she became the first African American woman to achieve the rank of Major General. She served as Deputy Commanding General of the Army’s Human Resources Command at Fort Knox and as the Deputy Chief Army Reserve (DCAR) at the Pentagon. As the DCAR, she represented the Chief, Army Reserve, and had oversight for the planning, programming, and resource management for the execution of an Army Reserve budget of $8 billion that supported over 225,000 Army Reserve Soldiers, civilians and their families. Currently, General Anderson is the Clerk of Court for the Bankruptcy Court - Western District of Wisconsin, where she has served since 1998. She is a graduate of the Rutgers University School of Law, the U. S. Army War College, and Creighton University. 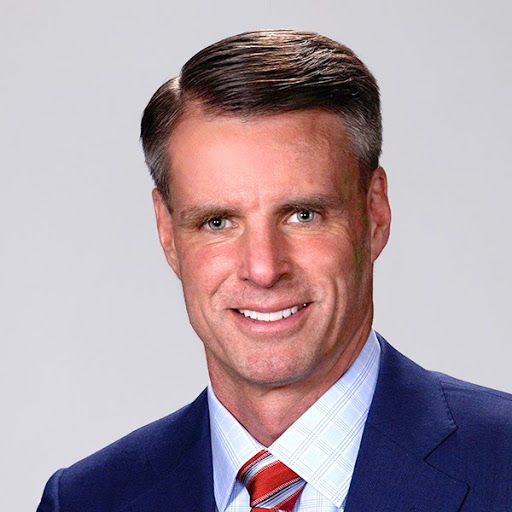 Major General Malcolm Frost has been a member of Mission: Readiness since 2019. He served as the Chief (Director) of Public Affairs where he developed and led all strategic communications plans and roll-outs, national media relations initiatives, and community engagement for the Army. As Deputy Director for Operations, he led planning and operations of the U.S. Department of Defense and Joint Staff National Military Command Center performing worldwide monitoring, crisis action, and strategic nuclear and current operational watch functions. As Director of Operations, U.S. Army Pacific, he led operations, training, and development of operational war and contingency plans, theater campaign and security cooperation plans, and exercise development with other Armies in the Indo-Asia-Pacific region. As senior commander for Fort Eustis, VA, he was responsible for operations, training, sustainment, life support, health and welfare of its 22K residents. General Frost is an executive consultant and currently serves as senior advisor at kglobal and senior advisor and faculty member for Thayer Leadership. He is a graduate of West Point, Webster University, and the U.S. Army War College. 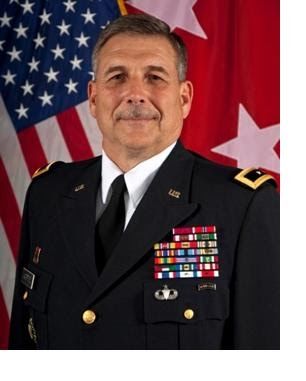 Major General William Wofford has been a member of Mission: Readiness since 2015. He retired in 2015 as the Adjutant General of the Arkansas National Guard, where he was responsible for the command of the Army and Air National Guard. As the Adjutant General, General Wofford was responsible for the day-to-day operation and management of the readiness, fiscal, personnel, equipment, and real property resources of the agency, and ensured the training readiness of personnel to accomplish both state and federal missions. Prior to being appointed to serve as the Adjutant General, General Wofford served in a variety of command and staff positions, including Commander, 2nd Battalion 142nd Field Artillery during Operation Desert Storm, brigade-level command of 87th Troop Command, and Deputy Commanding General (ARNG) at U.S. Army Forces Command. 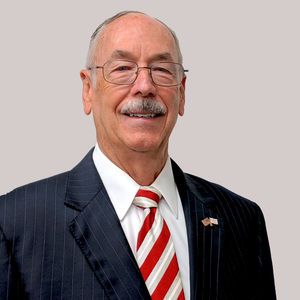 Rear Admiral Casey W. Coane has been a member of Mission: Readiness since 2010 and is currently a Board Member of Council for a Strong America. Admiral Coane served as a Navy pilot for thirty-four years. His last two flag assignments were as Deputy Commander US SIXTH Fleet in the Mediterranean then Deputy Commander Naval Network Warfare Command/Naval Space Command in Little Creek, Virginia. After retiring from the Navy, Admiral Coane served for eight years as CEO of the Association of the United States Navy. He currently also serves as a Board Member of Veterans Moving Forward, an organization which provides service dogs to Veterans with PTSD. 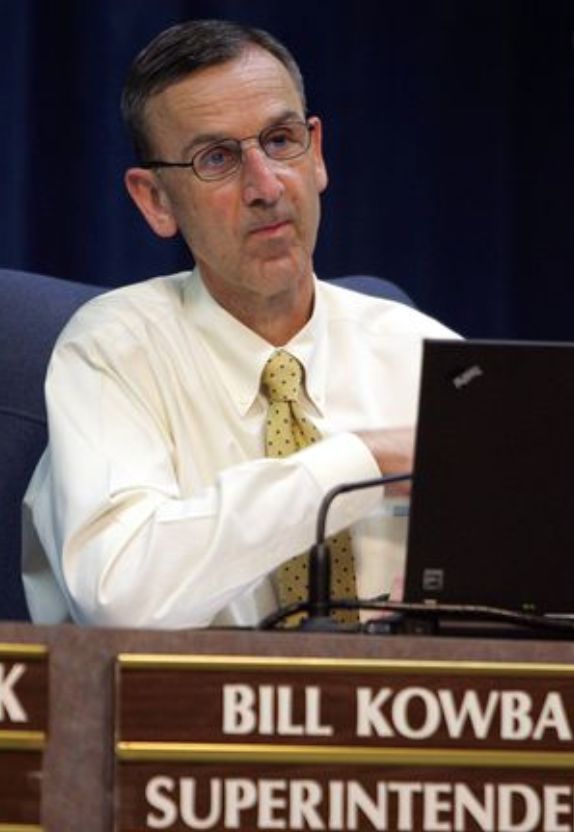 Rear Admiral Bill Kowba is a native of Rochester, New York. He has successfully completed careers as a Navy Supply Corps Officer and as a senior education executive.

Rear Admiral Kowba received his commission in June 1976. Over the course of thirty years of Naval Service, he was assigned to numerous sea, shore, and overseas duties. His shipboard tours included submarine and submarine tender assignments. Ashore, he was twice posted to the Pentagon, commanded the Navy’s largest supply center in Norfolk, VA, and was selected as a senior fellow in the prestigious Chief of Naval Operations Strategic Studies Group. As a flag officer, he established the first ever global network of Navy supply centers at more than 100 locations staffed by nearly 7000.

Upon retiring from the Navy in 2006, Rear Admiral Kowba joined the San Diego Unified School District (SDUSD) as the Chief Financial Officer, overseeing a two billion dollar portfolio. Subsequently, he filled other senior executive positions including Chief Logistics Officer and Interim Superintendent. In June 2010, Rear Admiral Kowba became the permanent superintendent, directing one of the nation’s largest school districts with an enrollment of 130,000 and 200 schools. During his tenure, SDUSD was consistently at the top of California’s large urban school districts with the highest graduation rates and lowest drop-out rates.

Rear Admiral Kowba holds a Bachelor’s degree from St. Bonaventure University and three graduate degrees including a Master’s in Business Administration from UCLA. He is also a graduate of the Tuck School of Business Executive Program at Dartmouth College. 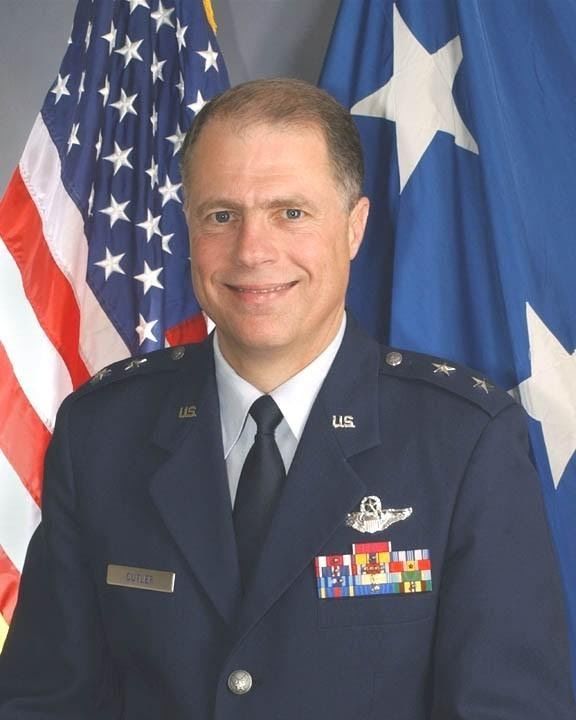 Major General Thomas G. Cutler has been a member of Mission: Readiness since 2011. He previously served as the Adjutant General for the State of Michigan and the Director for the Department of Military and Veterans Affairs. Prior to this assignment, he was the Assistant Adjutant General for Air and the Deputy Director for the Department of Military and Veterans Affairs. He received a commission in July 1971. After pilot training, he transferred to the Michigan Air National Guard and became a member of the 110th Tactical Air Support Group in Battle Creek, Mich. He also served the 110th TASG as its chief of safety, then as the squadron operations officer and scheduler, and finally as the flying squadron commander. In August 1987, he became the commander of the Alpena Combat Readiness Center in Alpena, Michigan. He was then assigned, in October 1995, as the 191st Airlift Group Commander at Selfridge Air National Guard Base, Michigan. A year later, he was selected as the commander of the newly formed 127th Wing and served in that position until November 2002.

General Cutler is a graduate of Western Michigan University, the Squadron Officer School, and the Air Command and Staff College. 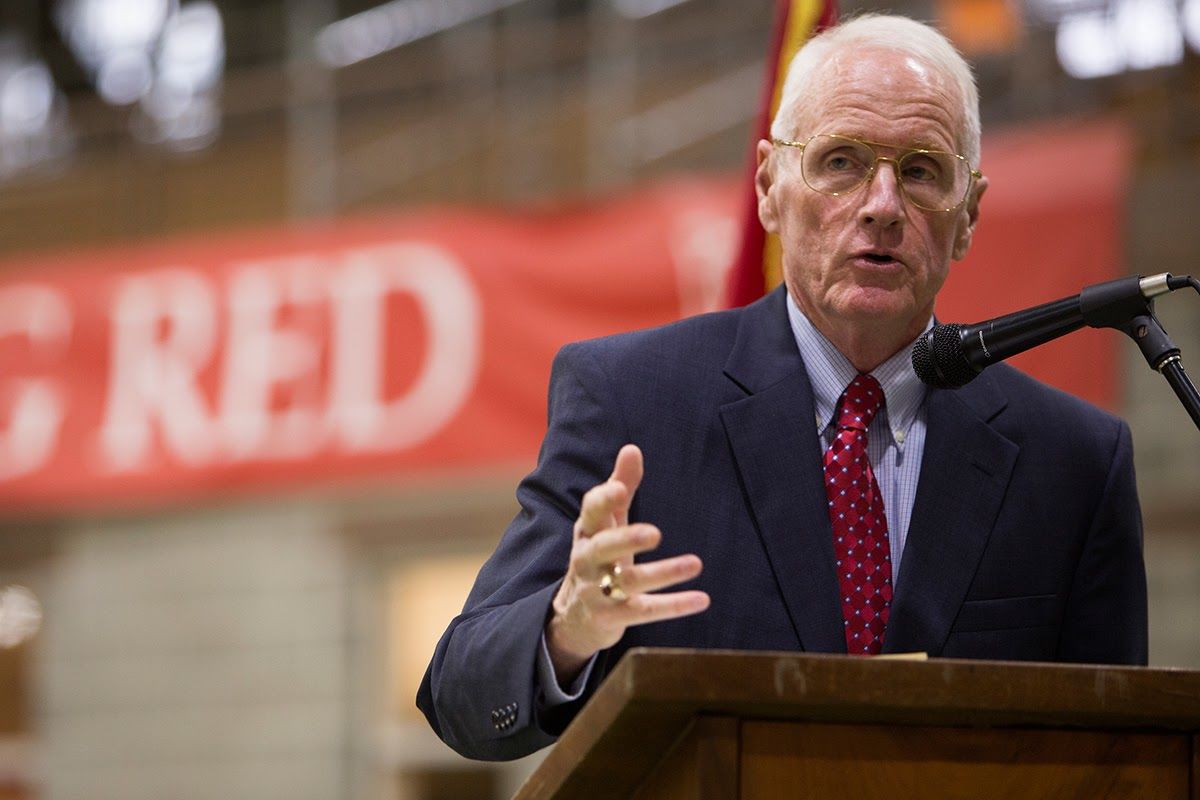 Major General Michael Hall has been a member of Mission: Readiness since 2012. His 27 years of service in the United States Air Force included an assignment as the Commander of a Tactical Fighter Wing, where he pioneered the use of F-16 aircraft to provide close air support. General Hall served as the Senior Allied Air Liaison Officer during the first Gulf War and was Commissioner (1992-1995) of the New York State Division of Military and Naval Affairs, the agency tasked with the administration of the Army and Air National Guard. During his time as the Adjutant General, General Hall was also instrumental in the creation of the ChalleNGe and Starbase programs, which to this day use DOD resources to provide a stimulating educational environment for underrepresented and underserved youth in military communities. General Hall was promoted to the rank of Major General before retiring from the Air Force in 1995. He went on to serve as the manager of the Ithaca-Tompkins Regional Airport and currently serves as the President and CEO of the Wings of Eagles Discovery Center in Horseheads, New York. 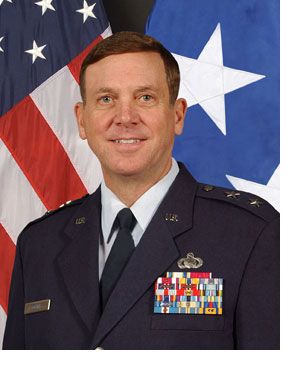 Major General Edward W. Tonini joined Mission: Readiness in 2016. He was appointed the 51st Adjutant General of the Commonwealth of Kentucky by Governor Steven L. Beshear on December 11, 2007. As the Adjutant General, he served as the Commanding General of both the Kentucky Army and Air National Guard and as Executive Director of the Department of Military Affairs where he guided the preparation of the 8,500 Citizen-Soldiers and Airmen, along with the Division of Emergency Management, to respond in times of state and national emergency. General Tonini served as the President of the Adjutant Generals Association of the United States (AGAUS) from 2013 - 2015. General Tonini received a direct commission in 1970 in the Kentucky Air National Guard. Prior to receiving his commission, General Tonini served as an enlisted member of the 123rd Tactical Reconnaissance Wing of the Kentucky Air National Guard. 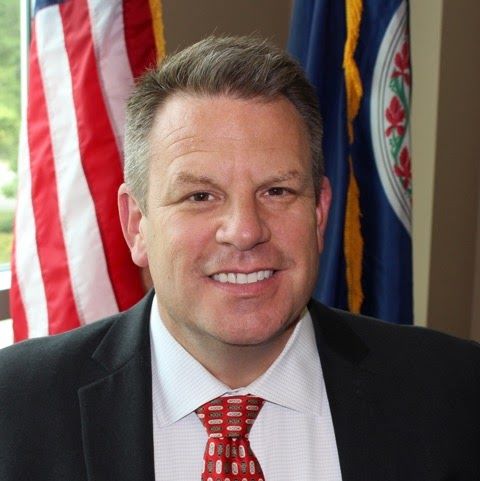 Brigadier General Richard Gross has been a member of Mission: Readiness since 2019. He was commissioned in the U.S. Army as a second lieutenant. His first assignment was with the 82nd Airborne Division at Fort Bragg, NC. While at the 82nd, he was accepted into the Funded Legal Education Program. In 1993, he graduated from the University of Virginia Law School with a Juris Doctor degree and entered the Army’s Judge Advocate General’s Corps. He has multiple combat deployments to both Iraq and Afghanistan and has served as chief legal advisor for the leadership of U.S. and NATO forces in Afghanistan. He was also the senior legal advisor for US Central Command (CENTCOM) and the chief legal counsel to Chairman of the Joint Chiefs General Dempsy. He retired in 2016 and currently serves as general counsel for Janus Operations LLC. He is a graduate of the U.S. Military Academy, U.S. Army War College, and the University of Virginia. 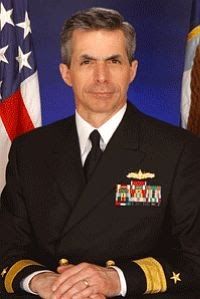 Rear Admiral James Barnett has been a member of Mission: Readiness since 2009. He served as Deputy Commander, Navy Expeditionary Combat Command and Director of Naval Education and Training. In addition to commanding units throughout the Middle East, Admiral Barnett served on Task Force Excel as Project Manager of the Personal Development Vector and as the first Commanding Officer of the Center for Personal Development. He also served as Deputy for Mission Effectiveness Naval Reserve Readiness Command Region Four. He was Commanding Officer of NR Commander Naval Surface Group Mediterranean 105 in Pittsburgh, supporting Commander Fleet Air Mediterranean (COMFAIRMED) and Commander Task Force-63 (CTF-63). Barnett earned his BA and JD from the University of Mississippi where he also taught in their NROTC program. 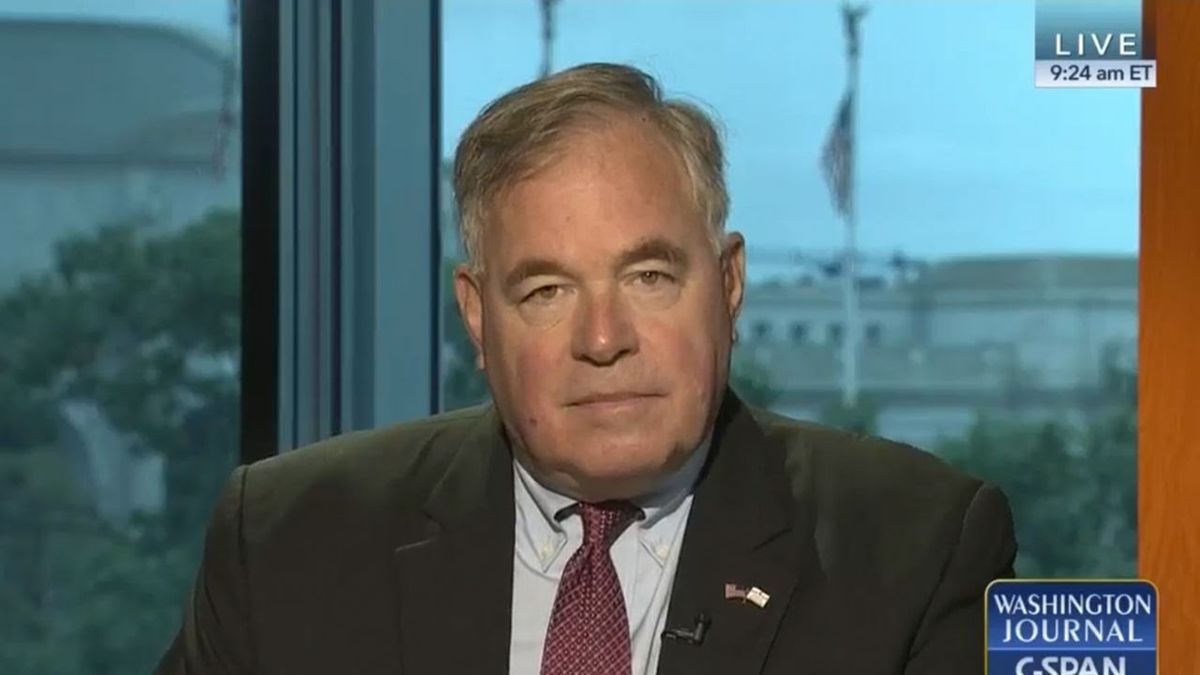 Rear Admiral Bob Besal has been a member of Mission: Readiness since 2010. Before retiring from the Navy in 2002, Admiral Besal served as Commander of the Operational Test and Evaluation Force and as Commander of the Naval Safety Center. He commanded two ships and a carrier-based attack squadron: USS America (aircraft carrier CV 66), the logistics ship USS Savannah, and carrier-based Attack Squadron 75, embarked in USS John F. Kennedy during Desert Storm. Since retiring from the Navy, Admiral Besal has worked in aviation safety, training, and development. He is a graduate of Auburn University.

Frank Ponds is the Principal and Owner of FPONDS LLC Independent Consultant, providing consulting services in the areas of defense and national security, strategic planning, maritime safety and security, and disaster preparedness and response within the public and private sectors. Serves as Senior Advisor and Director of Strategic Planning for The Stevenson Consulting Group. He recently led a team of top US and Emirati officers in conducting a two-year capabilities based assessment of the UAE’s military academies and Armed Forces.

Admiral Ponds served 33-years in the US Navy in senior executive, operational, and managerial positions within the DoD and the Interagency, gaining global experience and expertise training and operating with US partners and allies.

Married with two adult children, he remains active within the San Diego community.