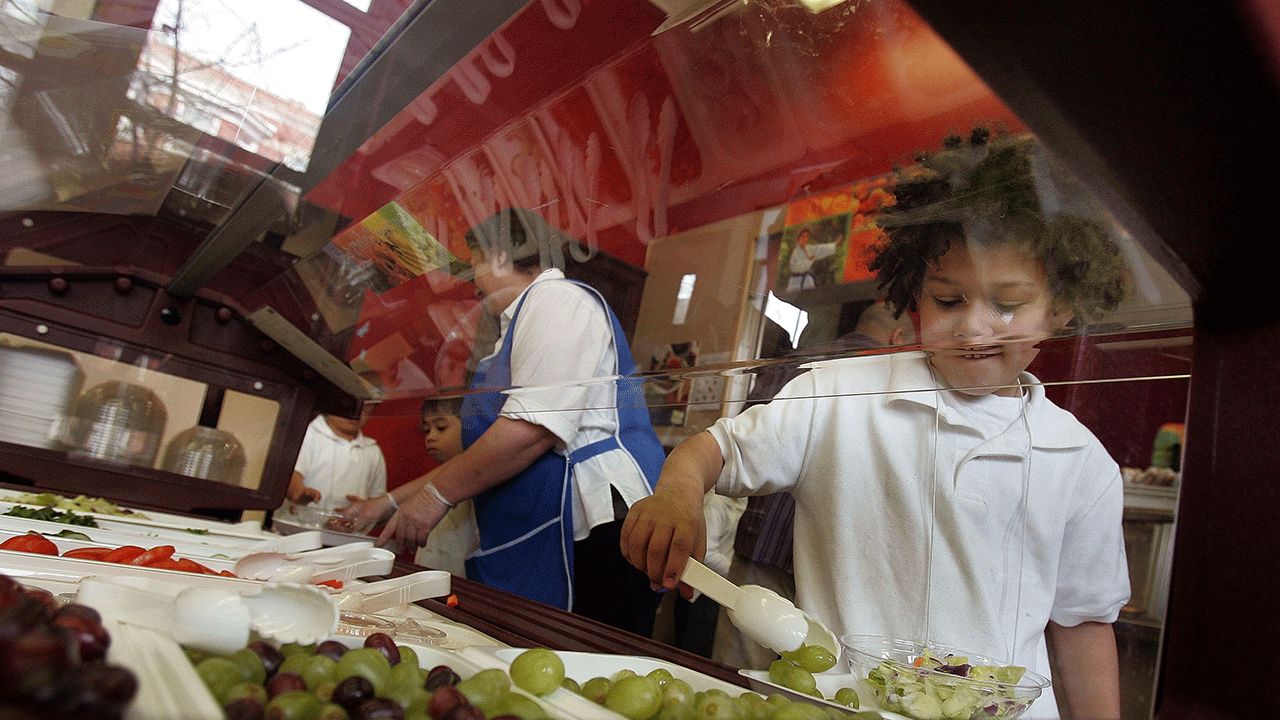 Retreat Is Not An Option

Healthier school meals protect our children and our country

While the nation’s obesity epidemic makes daily headlines, its effect on the U.S. military has largely been unreported—with data showing overall ineligibility above 70% in most states (see report series below). This report details the effects of obesity on our armed forces, which include:

America’s youth spend so much time at school, and consume up to half of their daily calories there. That makes school an ideal place to combat obesity. For this reason, federal policymakers are working to prevent obesity and improve military eligibility among the next generation by maintaining science­ based nutrition standards for school meals.

When it comes to children’s health and our national security, retreat is not an option.

Those reports feature the below stories from school districts across the country, who are seeing success serving healthier foods:

When Alabama’s Tuscaloosa City Schools cafeterias first started offering whole-wheat products, students were so unfamiliar with healthy foods that they asked, “Why is my toast burnt?”

Years later, salad bars and other healthy choices are among the most popular offerings among the district’s 10,000 students. Deep fryers have been replaced with steamers and a sandwich line and salad bar now accompany the hot meal line in almost every school.

As a result of these and other initiatives, school meal participation and revenue have skyrocketed over the past decade and have continued to increase since the nutrition standards took effect in 2012.

A small, rural district of more than 4,000 students, the Liberal School District overcame different hurdles in moving to healthier lunches. Recognizing that buy-in from the school community was essential, Nutrition Services Director Connie Vogts built support for the new changes by writing an article in the local newspaper addressing parents’ concerns and adjusting menus per students’ feedback and suggestions. She led the food service department in replacing popular meals such as pizza, nachos and mac-n-cheese with healthier alternatives such as fresh-made deli sandwiches, taco burgers and chicken quesadillas.

These efforts and others have paid off: the Liberal School District was one of fewer than 600 schools nationwide to win a prestigious HealthierUS Challenge Gold Award in 2014, reflecting high performance in categories like meal participation, nutrition in meals, nutrition education in the classroom and physical education.

“It’s not something we’re going to see immediate results from [but] if we teach our kids these healthy eating habits now and they continue to follow those habits, we will see healthier adults down the road.”

Kentucky’s Fort Campbell Schools is a Department of Defense Education Activity (DoDEA) school district with nine schools and 4,700 students located on the Fort Campbell Army base. Like most DoDEA schools, the Fort Campbell district participates in the National School Lunch Program. To implement the updated standards, the district formed a partnership with registered dietitians at a nearby Army hospital, which helped each school develop an action plan to achieve its nutrition goals.

The food service department also changed the vegetable selection every day after students reported that they liked the variety. With help from the dietitians, the district also launched a Farm-to-School program to get more fresh produce into lunches—“the first Department of Defense school system to undertake such an effort.”

Students depend on schools to reinforce efforts by parents and communities to put them on track for healthy and productive lives.

The food service department at Maryland’s Montgomery County Public Schools had to find a way to get more than 200 schools and 152,000 students on board with updated nutrition standards for school meals.

Schools responded with hard work and creativity. Restaurant-style burrito and Asian bars made vegetables and legumes more appealing to their diverse student body. The food service department also led focus groups where students taste-tested healthier meals and offered their own suggestions on potential new items in their cafeterias.

These efforts are paying off. Since 2013, the district’s lunch participation rate has remained stable and food service revenue has increased.

“Being down South, Rice Krispie Treats were one of the biggest points of contention for our kids.”

But Hill listened to students’ feedback and worked closely with her supplier to come up with a whole-grain, lower-sugar Rice Krispie alternative. To her surprise, students said they tasted just as good as the old ones.

This approach of listening to students’ feedback and working effectively with vendors has been crucial to getting the nearly 30,000 students in Mississippi’s second-largest school district on board with the healthier foods. School meal participation has risen over the past few years, and more students are eating fruits and vegetables.

This is an important change in a county where nearly one-third of young adults are obese. Hill said:

“For many of our students, the meal they get at school is the healthiest they will receive all day.”

As a small, rural school district where “everybody knows everybody,” students in the Towner, Granville, Upham (TGU) School District outside of Minot did not hold back their complaints when they started seeing healthier foods in the lunch line. Karla Thompson, the co-head cook at TGU, and her team quickly came up with creative ways to get students on board with the changes. One approach was to give students more choice in what fruits and vegetables went on their plates by installing salad bars. This caught on quickly, especially among older students; the majority now make a salad to accompany their lunch.

A different tactic worked well with the younger students. Finding that children were more open to trying healthy foods if they saw where they came from, staff created a school garden and featured the items at lunchtime. Thompson said:

“They got excited when we told them it was the upperclassman—often times their brothers, sisters or neighbors—who tended to the garden.”

As a result, children have made notable progress in trying new foods. One example? “We used to puree red peppers,” Thompson said. “Now, we can leave them in chunks, and the kids don’t mind.”

Participation has remained high in TGU’s school lunch program since the updated nutrition standards were implemented, and plate waste is minimal. Thompson said:

“Our students are getting better. They’re learning that food can be healthy and taste good.“