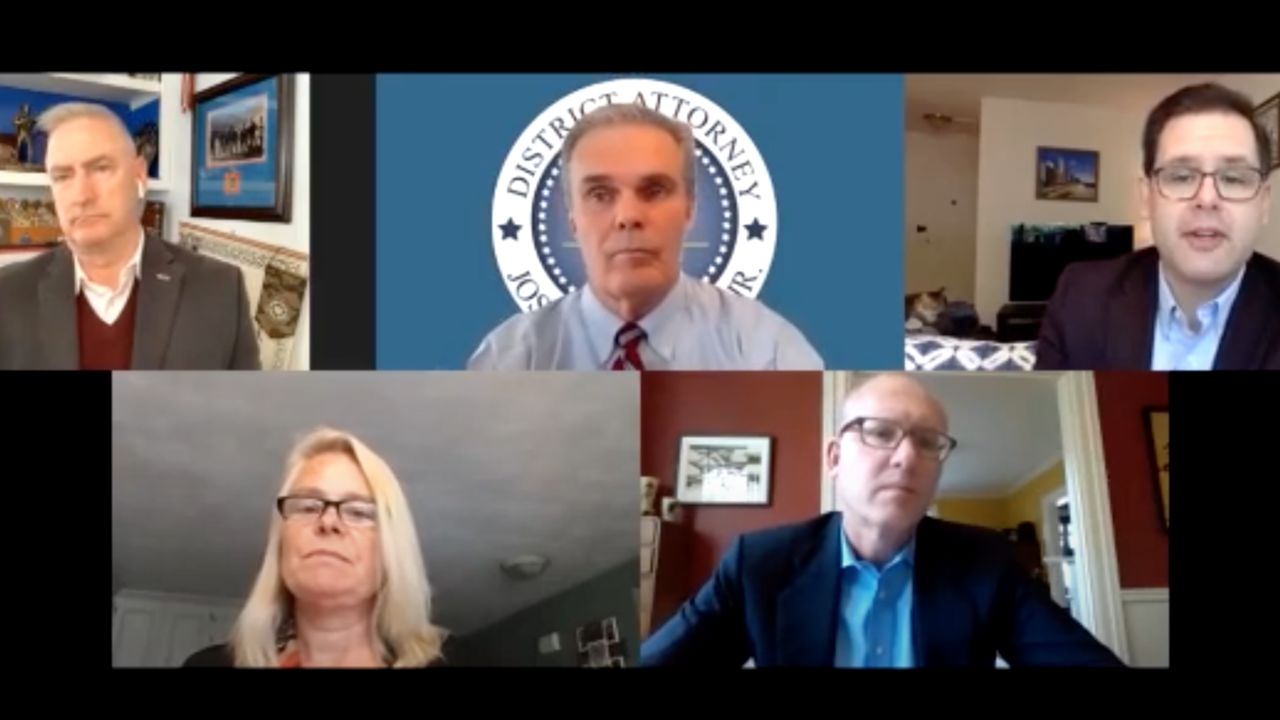 Early education and care for children are extremely important, for a myriad of reasons. Ultimately, these programs affect Massachusetts’ prosperity, safety, and security. A new, landmark, randomized study released earlier this week on Boston’s public pre-k program found that children who attended the program were more likely to graduate high school and enroll in college. The positive outcomes also go beyond academic success, as detailed in Council for a Strong America’s newest brief, entitled, “Massachusetts’ Working Families Need Early Care and Education.“

After Goodman’s introduction, Joseph D. Early, Jr. offered his perspective, shaped by fifteen years of service as District Attorney, on how early childhood care and education play a role in public safety. “What I can tell you from experience is that it’s important to reach kids as early as possible,” Early said. “Putting them on the right path through high-quality early childhood programs is an important step in keeping them away from crime as they grow up.

Next, retired General Jack Hammond shared why early care and education can help strengthen national security. “In order for our state, and for our national security, to be as strong as possible, we need to make sure that the youngest Bay Staters have the high-quality care and education they need to have the best opportunity to achieve in school and life,” he explained.

After General Hammond’s remarks, Senator Lewis, Senate Chair of the Massachusetts Legislature’s Joint Education Committee spoke about the imperative of legislative action to strengthen early childhood programs. “The pandemic has increased awareness and helped to mobilize policymakers, business and civic leaders, and the public at large to support early education and child care,” he said. Lewis is the co-lead sponsor of the Common Start early education legislation, identified in the brief as a way lawmakers can act meaningfully to sustain and strengthen early care and education in the Commonwealth.

To close the discussion, Darlene Belliveau spoke next and discussed the children she works with and how the challenges of the last year have affected her center. “We need to do better,” she shared. “We need to stop implementing a broken system. We need to come up with something new.”

The event illuminated the imperative of strengthening key early care and education programs in Massachusetts, and the direct benefits to the commonwealth’s future economic security and safety.