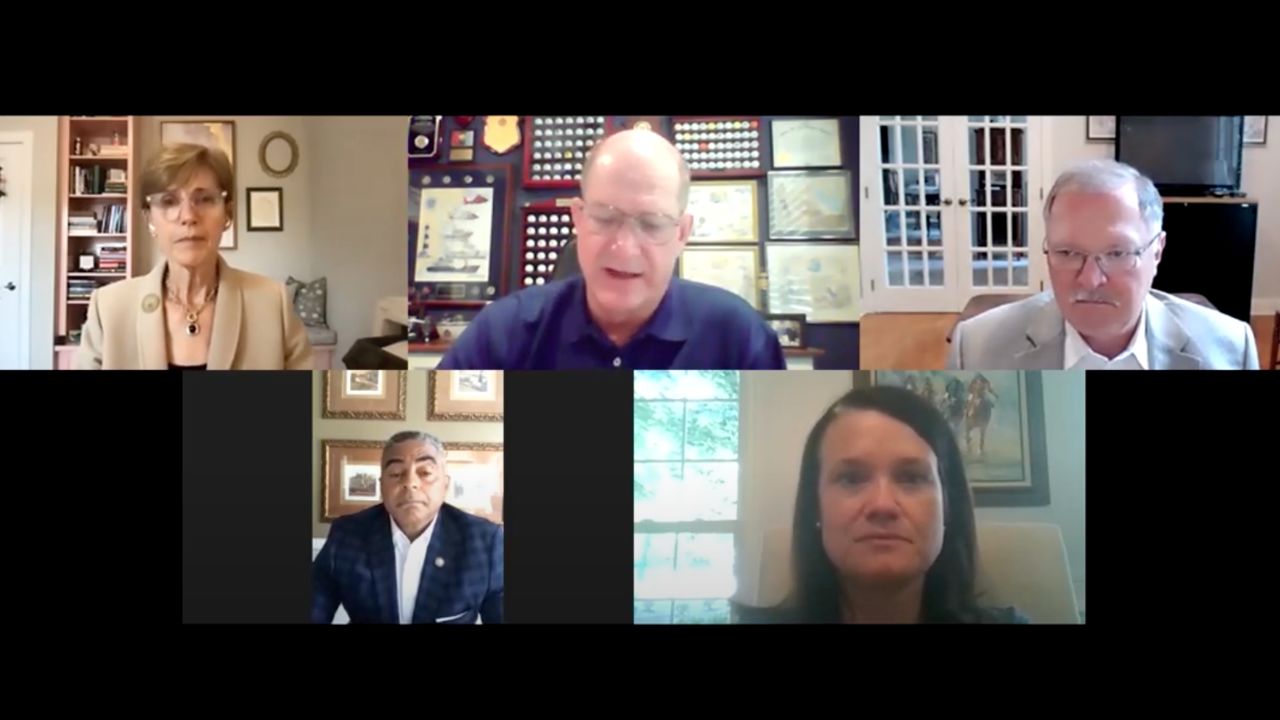 Yesterday, Mission: Readiness hosted a virtual event to release a new report entitled, “Investing in North Carolina’s Child Care Sector Can Improve National Security.” The report calls attention to a striking problem in North Carolina and throughout the country: the lack of affordable, high-quality child care, particularly for infants and toddlers. Notably, that problem can also compromise our national security.

Admiral Ratti started off the discussion, outlining the problem in North Carolina. “This infant-and-toddler child care crisis creates numerous problems, and one of them is the negative impact it has on America’s long-term national security,” he explained.

After his remarks, Representative Clemmons addressed the panel and offered her perspective on the issue as a lawmaker. “Not surprisingly, when we look at public policy, we see that the greatest return on our investment of public dollars is in the prenatal to two years of a child’s life,” he said.

Admiral Rodriguez then explained how child care programs can prepare children for a successful career of their choosing, including a military career. “Fitness challenges, like educational deficits and behavioral problems, don’t suddenly begin when a young person turns 17,” he said. “To prevent these issues, we must start as early as possible, laying a foundation for academic success, fitness, and the social skills necessary to thrive in any career, including military service.”

General Gorham spoke next, giving more information about early childhood care in North Carolina. “High-quality early childhood education and care sets the stage for critical social-emotional and academic skills to develop later in life,” he explained. “Those skills will help kids grow up better prepared for success in whatever path they choose, including military service.”

Rounding out the presentation, General LeBouef highlighted how lawmakers can help fix this issue in North Carolina. “Our lawmakers should take steps to expand the child care subsidy program, create incentives to expand the supply of high-quality infant-and-toddler care programs, and improve the education and compensation of early childhood teachers, all of which will help our state prepare the next generation of North Carolinians to succeed,” she stated.

Ultimately, the event called attention to a major issue in North Carolina—one that’s affecting the state and country at large. Making meaningful investments in child care programs around the state will help improve national security and the country across the board.