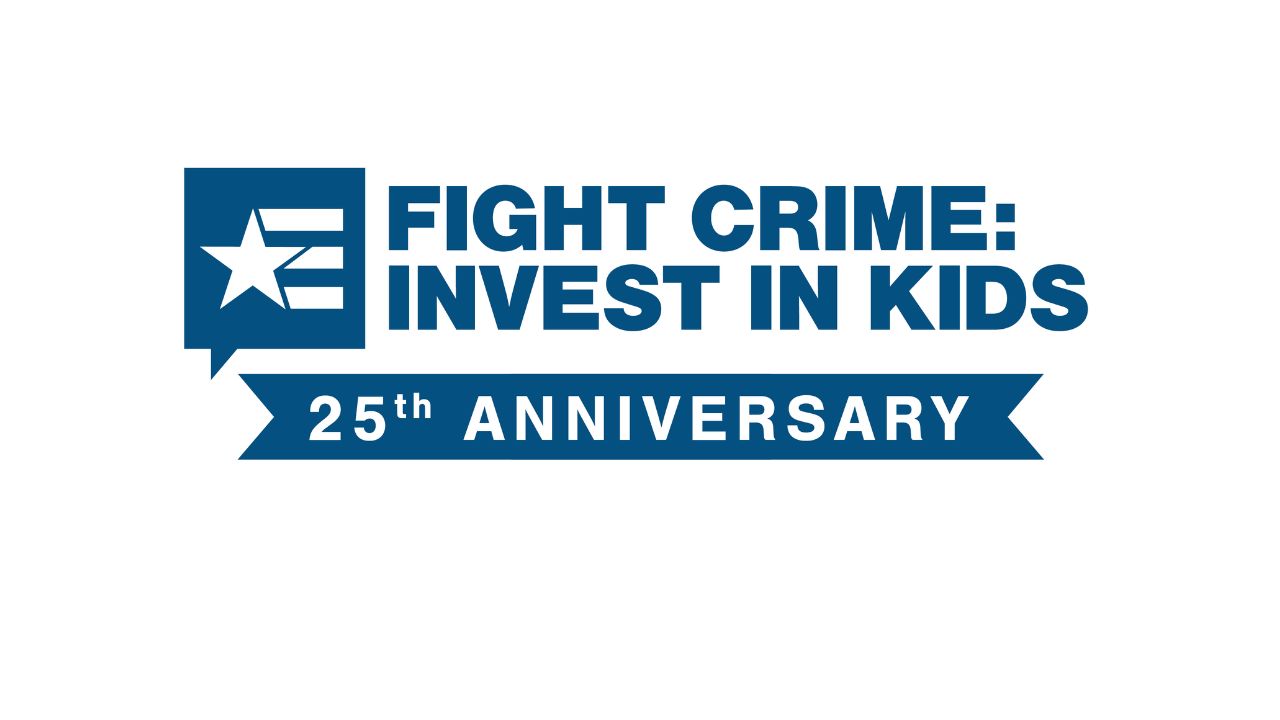 A full recording of the event can be found at the bottom of the page.

Law enforcement professionals know a little something about evidence. And thousands of them have long advocated for high-quality early childhood education as a powerful tool in long-term crime prevention because of the evidence that such programs work. Today, as Fight Crime: Invest in Kids marked its 25th anniversary, its members urged lawmakers in Congress to increase access to such programs.

Our new report, entitled “Police Chiefs, Sheriffs, Prosecutors, and Violence Survivors: ‘Preschool Works,’” summarized the strong evidence that access to quality preschool prevents young people from drifting into criminal paths. The report presents a comprehensive summary of the research backing the link between preschool and crime reduction, as well as a roadmap of the work that remains to be done. A distinguished panel of law enforcement leaders discussed the report during a virtual roundtable. The panel included prominent police chiefs and prosecutors from the District of Columbia, Colorado, Michigan, and Ohio.

Fight Crime: Invest in Kids began in 1996, amid debates over the best ways to tackle crime and strengthen public safety. It elevated the voices of police chiefs, sheriffs, prosecutors, and violence survivors, creating a powerful new ally for early education advocates. In the 25 years since, membership has grown to more than 5,000 law enforcement leaders nationwide.

This month, high-profile proposals for meaningful increases in preschool funding are taking center stage in Congressional debate. Fight Crime: Invest in Kids members are calling on federal (and state) policymakers to ensure that more children from families with low incomes have access to high-quality preschool. Research shows that, by bolstering access to quality early education, we will improve children’s readiness to succeed in school and life, helping them to avoid crime, and enabling them to contribute to the strength of our nation.

“Voluntary, quality early education can put kids on a positive path in life, giving them the foundational cognitive and social-emotional skills they need to help prevent later crime,” said Ingham County (MI) Prosecuting Attorney Carol Siemon. “The evidence backs up this connection. Decades of research, across numerous states and on the federal Head Start program, show the short- and long-term benefits of high-quality preschool for children’s development, particularly for children from families with low incomes.”

This research makes clear that high-quality pre-K is an investment in education and public safety. All our kids deserve a quality education.

Karl Racine, Attorney General of the District of Columbia

“As the prosecutor for most juvenile crime in the District of Columbia, I’ve seen firsthand that investments in children can reduce their interactions with the justice system by addressing the root causes of crime,” said Karl Racine, Attorney General of the District of Columbia and the President of the National Association of Attorneys General. “This research makes clear that high-quality pre-K is an investment in education and public safety. All our kids deserve a quality education. Therefore, all of us must come together at the federal and local levels to invest in these programs to build strong, safe, and thriving communities.”

“Increased federal investments can significantly assist states in expanding preschool programs and designing quality preschool programs that work best in their communities. Just as importantly, preschool has had strong bipartisan support, on both the federal and state levels,” said Vail (CO) Chief of Police Dwight Henninger, who serves as President of the International Association of Chiefs of Police. “I believe that Fight Crime: Invest in Kids has had a lot to do with that. The evidence-based argument that shows the connection between pre-K and public safety resonates and builds lasting support, whether in red, blue, or purple states.”

“It is much better to keep a kid from getting mixed up in crime in the first place than trying to get that same kid away from crime after he or she has already come into contact with the criminal justice system,” said Fayette County (OH) Sheriff Vernon Stanforth, who serves as President of the National Sheriffs’ Association. “Federal and state policymakers must work in a bipartisan manner to increase access to these programs, particularly for children from families with low incomes.“

“At the federal level, investments should fund states to establish or expand a mixed-delivery system of voluntary early education programs, with publicly-funded preschool offered in diverse settings in the community, including in child care settings,” Stanforth said.

The discussion began with recorded messages of congratulations from Members of Congress, some of whom have been supporters of Fight Crime: Invest in Kids for many years and some who were members before they were elected to Congress. U.S. Senators Chuck Grassley (R-IA), Bob Casey (D-PA), and Amy Klobuchar (D-MN); and Representatives Val Demings (D-FL), Tom O’Halleran (D-AZ), and Fred Upton (R-MI); all praised the law enforcement leaders’ efforts.