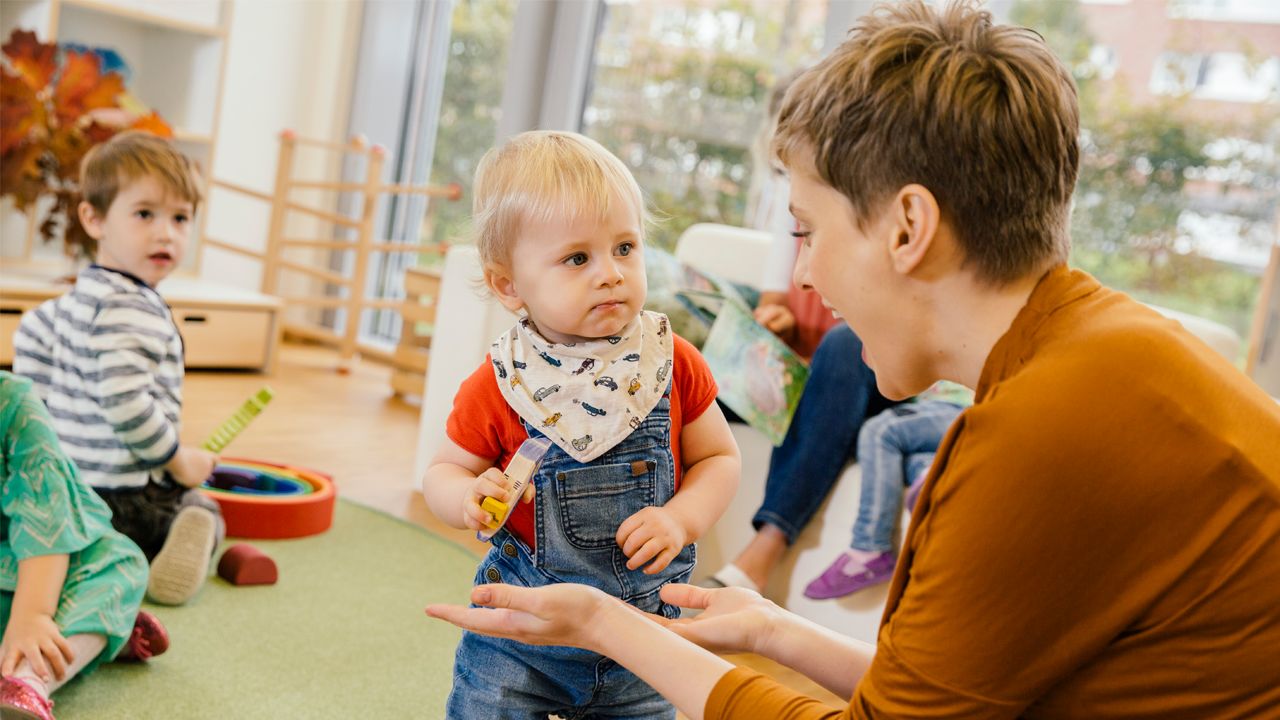 Insufficient birth-to-5 services add to the challenges that rural Illinoisans face, from socio-economic struggles to population loss. With a new report on the subject, law enforcement leaders are calling upon policymakers to strengthen early childhood opportunities to help address a series of problems — and, just as importantly, to aid in curbing crime.

“Strong investments in young children’s learning and development can improve upon countless other aspects of a community’s well-being — including public safety,” said Macomb Police Chief Jerel Jones, who’s a member of Fight Crime: Invest in Kids. On Wednesday, the group released a new report entitled Rural Illinois & Early Childhood Challenges, delving into the far-reaching potential for addressing the needs of young children and their families.

“We cannot simply arrest our way out of crime and violence; the job also demands wise prevention strategies, such as early care and education,” agreed Lee County Sheriff John Simonton. He joined other Fight Crime members in urging policymakers to pursue the recommendations of the bipartisan Illinois Early Childhood Funding Commission that has recommended significant improvements in the equity, access, and quality of birth-to-5 services statewide. Among other things, the law enforcement officials call for a 10 percent increase in key, early care and education priorities in the FY23 state budget.

Their report notes that while poverty is a problem throughout the state, it’s particularly pronounced in rural Illinois. There, 19.7 percent of kids live in poverty, compared with 17.5 percent of children in urban areas. Illinois’ population decline has been proportionally sharper in many downstate areas than in the northeastern part of the state, and the opioid epidemic has been tough on rural communities.

Furthermore, an Erikson Institute study shows that over three-quarters of the counties deemed at “high risk” for third-grade math and language arts proficiency are rural. The same holds true for most counties considered “high risk” for lack of kindergarten readiness. The concerns don’t end there.

“Rural Illinois’ pressing challenges include a shortage of the quality, accessible child care options that our kids and families need in order to thrive,” said Fight Crime member and Williamson County State’s Attorney Brandon Zanotti. He noted that, while 58 percent of Illinoisans live in a child care “desert,” the figure is 69 percent for rural communities — areas where there are more than three kids under age 5 for every licensed child care slot. Other early childhood services are lacking in many rural areas as well.

The good news, according to Fight Crime’s report: Research indicates that tackling rural Illinois’ early childhood problems would help address myriad other concerns. For example, studies show high-quality early learning experiences can improve kids’ school readiness and chances of academic success, which works against poverty. Other research has shown that voluntary home-visiting programs of “coaching” for the parents of infants and toddlers can reduce child abuse and neglect as well as potentially cut down on the likelihood of young participants growing up to abuse opioids.

The new report cites other impressive, longitudinal studies on this subject, such as one centering on the Chicago Child-Parent Center program that’s served more than 100,000 preschool-aged children over the years. Researchers found participants were 70 percent less likely than non-participant peers to be arrested for a violent crime in adulthood.

For these reasons, Fight Crime: Invest in Kids’ law enforcement officials have endorsed the efforts of the Early Childhood Funding Commission, which spent more than a year studying the state’s system of birth-to-5 supports. Among its findings: Only about half of young children in low-income families are receiving early care and education services that could benefit them greatly.

Joining Fight Crime: Invest in Kids members for the release of their report was Lori Longueville, a longtime early childhood professional who is now coordinator of efforts in a 27-county area of southern Illinois for the state’s promising new Birth to Five regional-planning effort. This initiative is one of several important steps Gov. Pritzker and state policymakers have taken to not only protect early childhood services during the pandemic, but to begin strengthening Illinois’ early care and education system for the future.

Law enforcement officials encouraged policymakers to build further on these efforts, starting with the FY23 state budget’s investments in preK, child care, and birth-to-3 services. This includes the need to significantly bolster the chronically low compensation of early childhood teachers and staff — a substantial component of stabilizing program access as well as improving quality and equity.

For highlights of the event, as well as a full video of the panel discussion, see the two videos below: