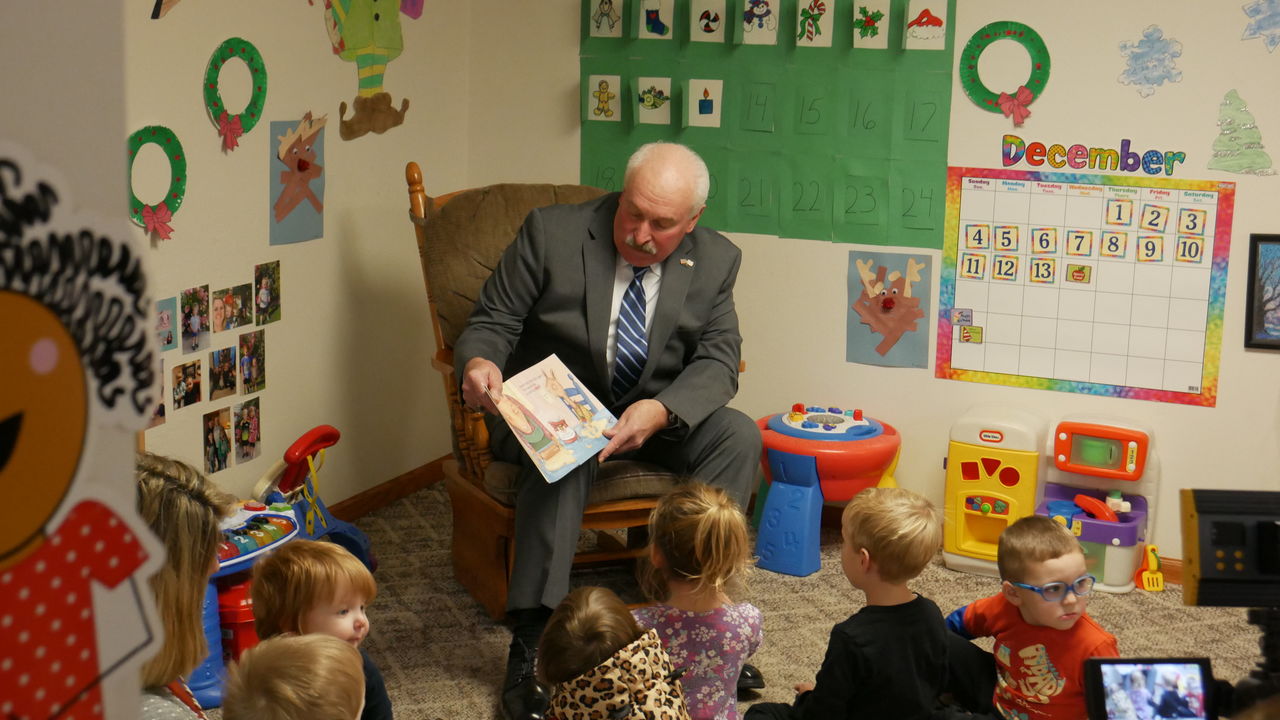 Our new report shows that investments in early programs are essential to strengthening the workforce, boosting public safety, and enhancing national security

A new report from Council for a Strong America outlines critical struggles faced by rural Wisconsin families who rely on child care and early childhood education, highlighting that investments in these programs can improve Wisconsin’s current and future workforce, reduce long-term crime, and strengthen national security. A retired admiral visited a home-based child care center on December 13th to release the report and call for state investments to meet these growing needs.

The report also states that rural Wisconsin families have less access to primary care physicians and more uninsured children. Up to a fifth of the state’s rural hospitals face a threat of closure. Rural Wisconsinites were also disproportionately impacted by COVID-19, with case rate and percentage of cases resulting in death highest in several rural counties. Rates of obesity are also higher among Wisconsin’s rural populations.

Rear Admiral (Ret.) Gerald Clusen, a member of Mission: Readiness, highlighted that failing to invest in early childhood supports can create national security challenges, as well as other problems that transcend the military.

“Today’s report tells us multiple factors—lack of a high school diploma, behavior problems including crime and substance abuse, and health issues including obesity—prevent most Wisconsin youth from qualifying for military service. That’s more than a military problem: It’s evidence of a long term economic problem facing us all.”

Two law enforcement leaders in the region were scheduled to attend the event at the Precious Cargo home-based child care center but their work intervened.

Coleman Police Chief Ida Soletske, a member of Fight Crime: Invest in Kids, said it’s not coincidental that “Wisconsin’s correctional system is full of people serving time for serious and costly crimes,” and argued “it doesn’t have to be that way. Providing children with high-quality early learning opportunities can set them on that path to success in school, so they will be ready for college and careers, and less likely to later engage in criminal activity.”

“The report being released today makes a convincing evidence-based case for more investments,” Soletske said. “Early childhood education and care advocates are going to be requesting more funding for our state’s Child Care Counts program when the Wisconsin Legislature convenes in January. It’s very important that we strengthen child care.”

This event is the start of an effort to increase state funding for investments including Child Care Counts, a temporary state program administered by the state Department of Children & Families (DCF) that has helped thousands of Wisconsin child care providers in response to the pandemic. It is scheduled to expire at the end of 2023.