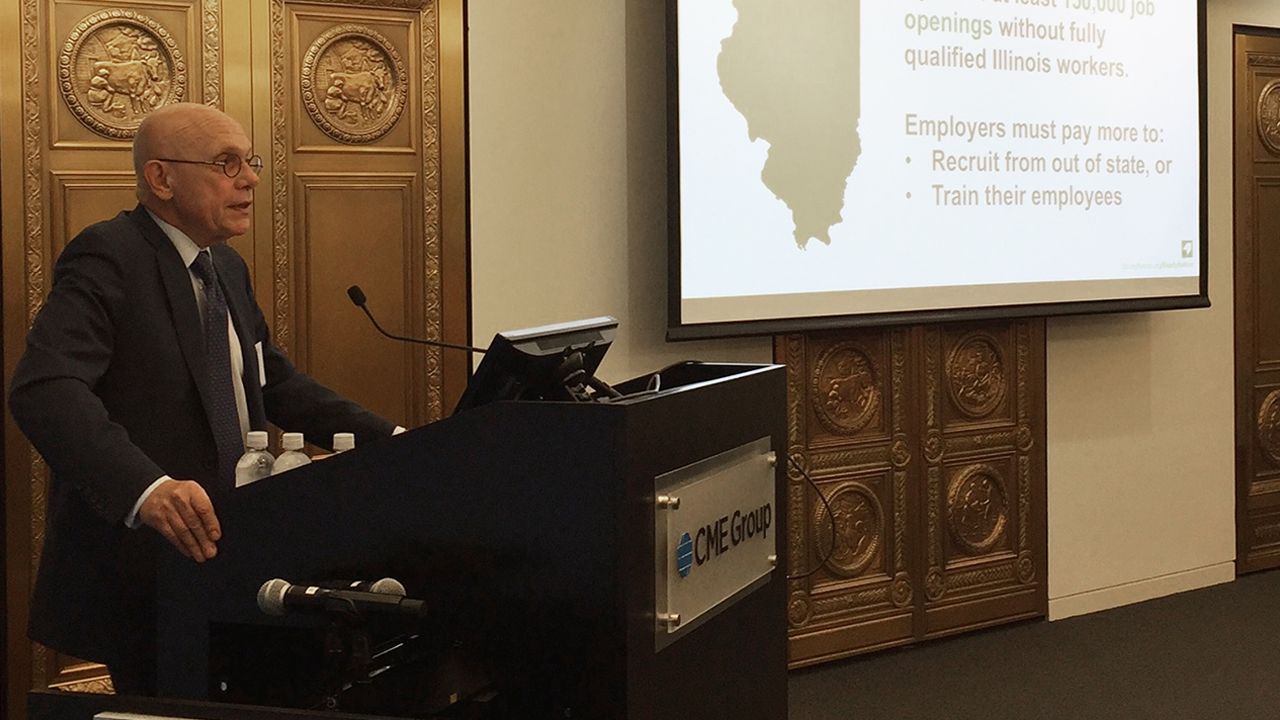 After spending decades at the helm of some of America’s top corporations, Jim Postl knows how to laser focus on such details as marketing costs and industry trend lines. “You watch the numbers. Work with the numbers. Learn from the numbers,” the retired Fortune 500 executive said at a breakfast for Chicago-area business leaders, hosted by ReadyNation Illinois and the CME Group Foundation. In this case, the bottom line is early childhood education.

Illinois is midway through a decade in which STEM fields of work—in science, technology, engineering, and math—could swell by nearly 100,000 jobs, according to a recent ReadyNation report, STEM Workforce Starts With Early Education. However, a growing skills gap is frustrating employers’ ability to fill thousands of such jobs with qualified workers.

We now know that investing in early childhood education has an 8-to-1 return. That’s a deal I’ll take every day.

Postl, who is a member of ReadyNation’s CEO Task Force on Early Childhood, argues that high-quality preschool and early childhood care are necessary to help fill the jobs of the future with well-qualified employees.

“We need to connect the dots between all these skills gaps—those that show up during classroom quizzes, and those that become apparent during job interviews,” said the Houston business leader, who once served as President & CEO of Pennzoil-Quaker State and President of Nabisco.

That’s why Postl helped form and lead the Early Matters Houston—a coalition of more than 70 businesses, universities, school districts, nonprofits and other partners—to pursue improvement of early education in the Houston area.

Jim Oliff, Chairman of CME Group Foundation and a member of ReadyNation agrees. He says that prioritizing early childhood education “will directly affect young children’s odds of becoming an educated and employed adult.”

The breakfast included a video demonstration of early math instruction, produced by the Chicago-based Erikson Institute. Postl noted the ways that research demonstrates early math programs can help meet the opportunities and challenges detailed in the ReadyNation report.

Joe Henning, President and CEO of the Aurora (IL) Regional Chamber of Commerce, joined Postl in describing high-quality preschool, child care, and “parent-coaching” programs as crucial to meeting such challenges.

“These are important down payments toward filling jobs with better skilled workers, and competing more wisely in a tough, global marketplace,” said Henning, who is also a ReadyNation member.