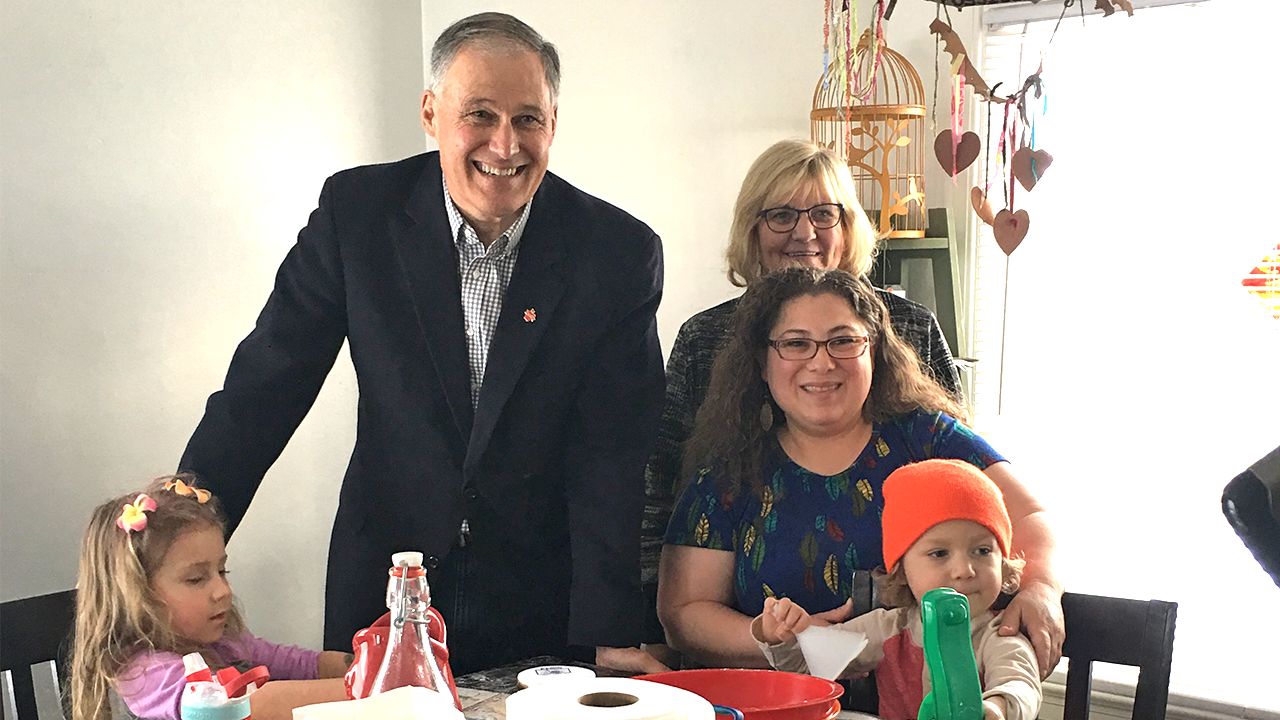 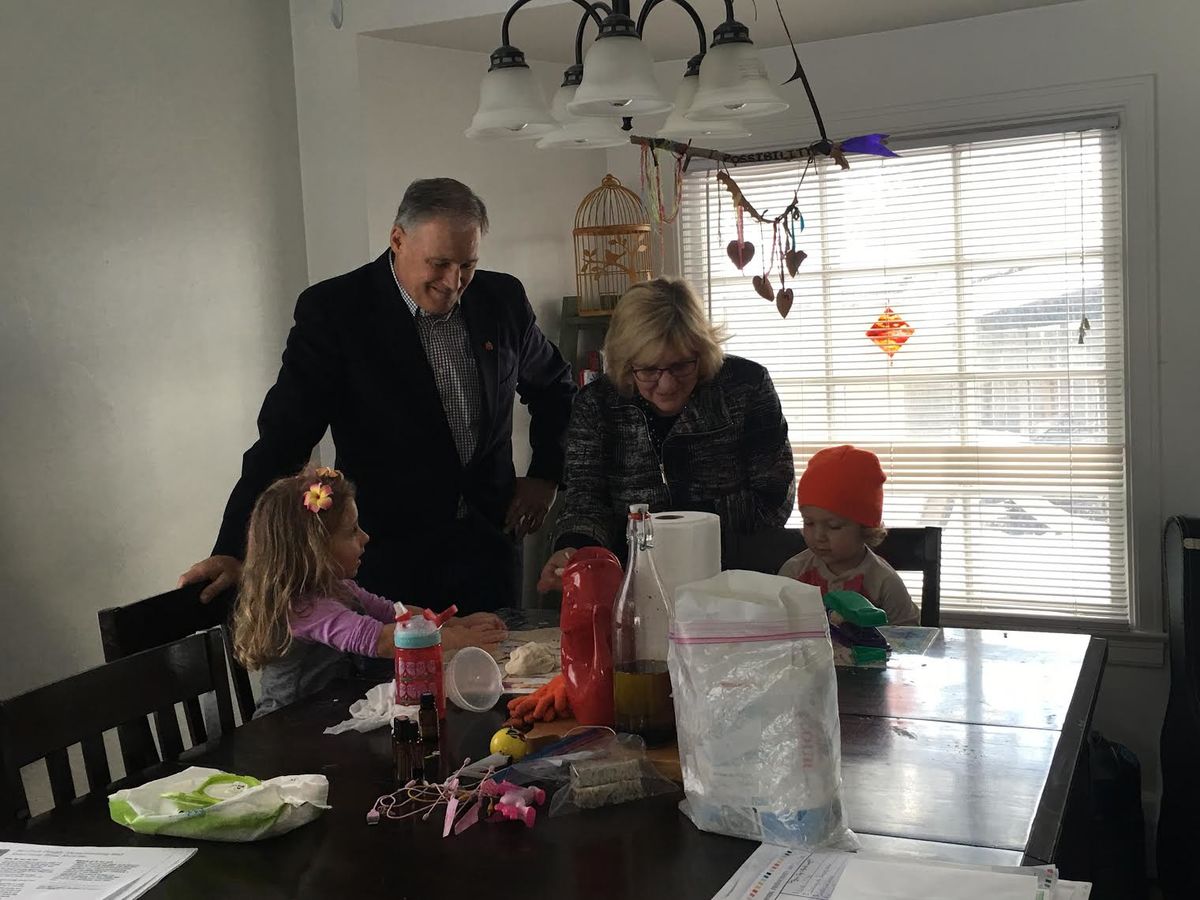 On January 19, Governor and Mrs. Inslee visited a Parents as Teachers home-visiting program, where they participated in a home visit in Spokane, joining four-year-old Nola and two-year-old Dutch in making homemade playdough and creating treasures at home.

Katrina DeVries, the children’s mom, spoke to the Governor and his wife about the many benefits of Parents as Teachers, which is one part of a larger initiative called the Washington State Home Visiting Coalition that serves 8,200 families throughout Washington. 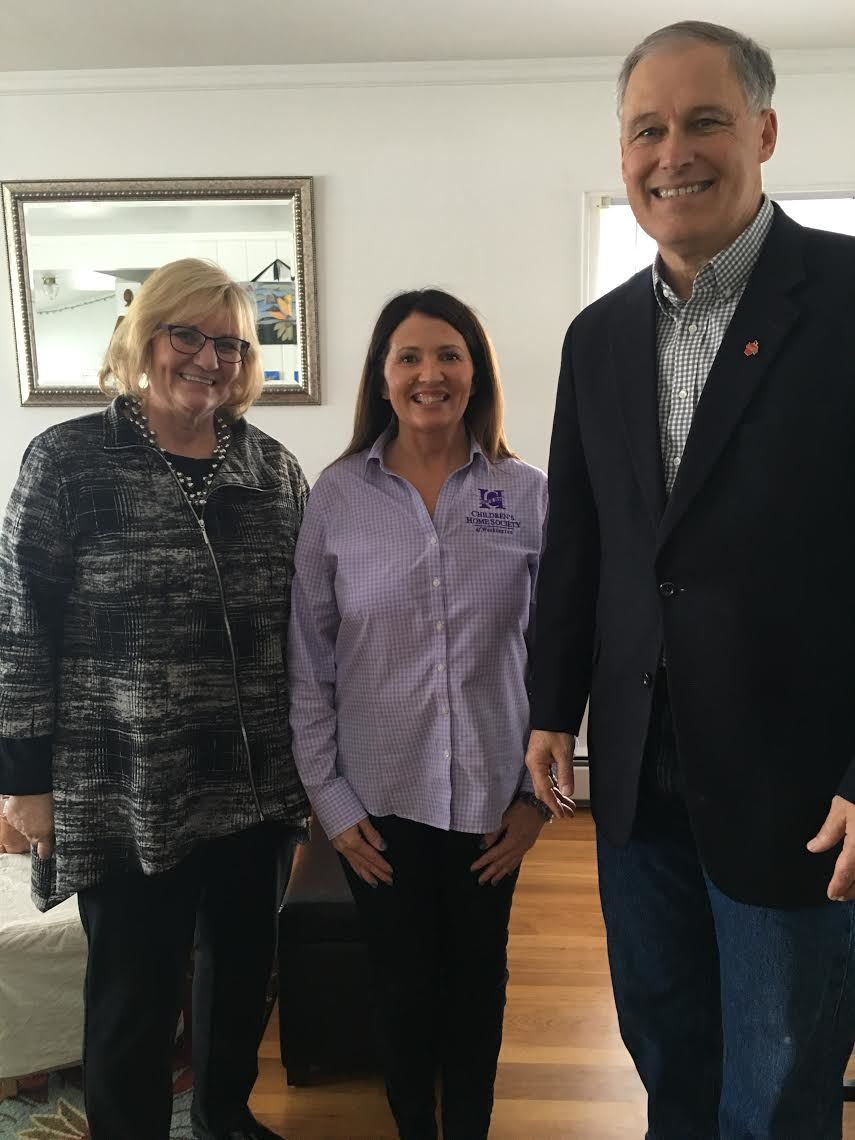 Katrina had suffered from postpartum depression after her second child, but Parents as Teachers home visitor Shelly Nelson has provided valuable support. This includes working to set quarterly family goals, which could be as simple as frequent outings to the park.

Governor Inslee told the Spokesman-Review that the argument for home-visiting programs is clear: Home visiting saves money in the long run, and it’s easier to help children when they are young. “We’d rather have these kids succeed in school, not as a burglar,” Inslee said. Indeed, research shows that home-visiting programs reduce crime.