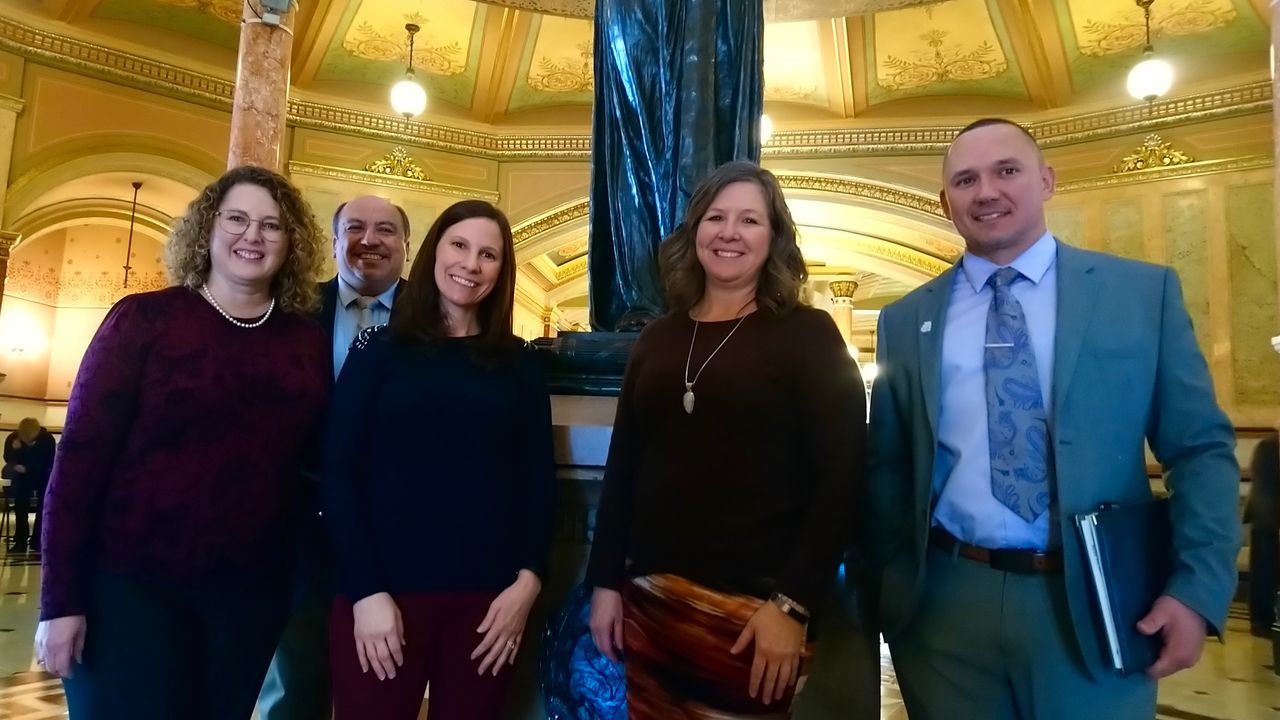 The discussions centered on topics such as Illinois’ gaping need for new and updated pre-K and child care facilities as policymakers prepare the state’s next capital plan. The ReadyNation members expressed business community support for retention and growth of the Early Childhood Construction Grants program, which was established 10 years ago, and whose $45 million in resources were quickly exhausted by overwhelming needs.

ReadyNation members shared that early learning is critical for helping to ground youngsters in not only technical skills, but such “soft skills” as good communications, punctuality, and creative thinking. Waiting until young people are older and already applying for jobs is a mistake, they said.

“You’re then trying to retrain ingrained habits, and that’s really, really hard to do,” explained Nancie Zobrist, Executive Director of the Highland Chamber of Commerce.

Other ReadyNation members participating in the March 6 Day at the Capitol were Janet Mathis, Principal at The Development Consortium in Geneseo; Jason Powell, Director of Shipping at PepsiCo MidAmerica in Marion; Rudy Valdez, Engineering Manager with Kaney Aerospace in Rockford; and Lisa Weitzel, President of the Illinois Association of Chamber of Commerce Executives in Springfield.