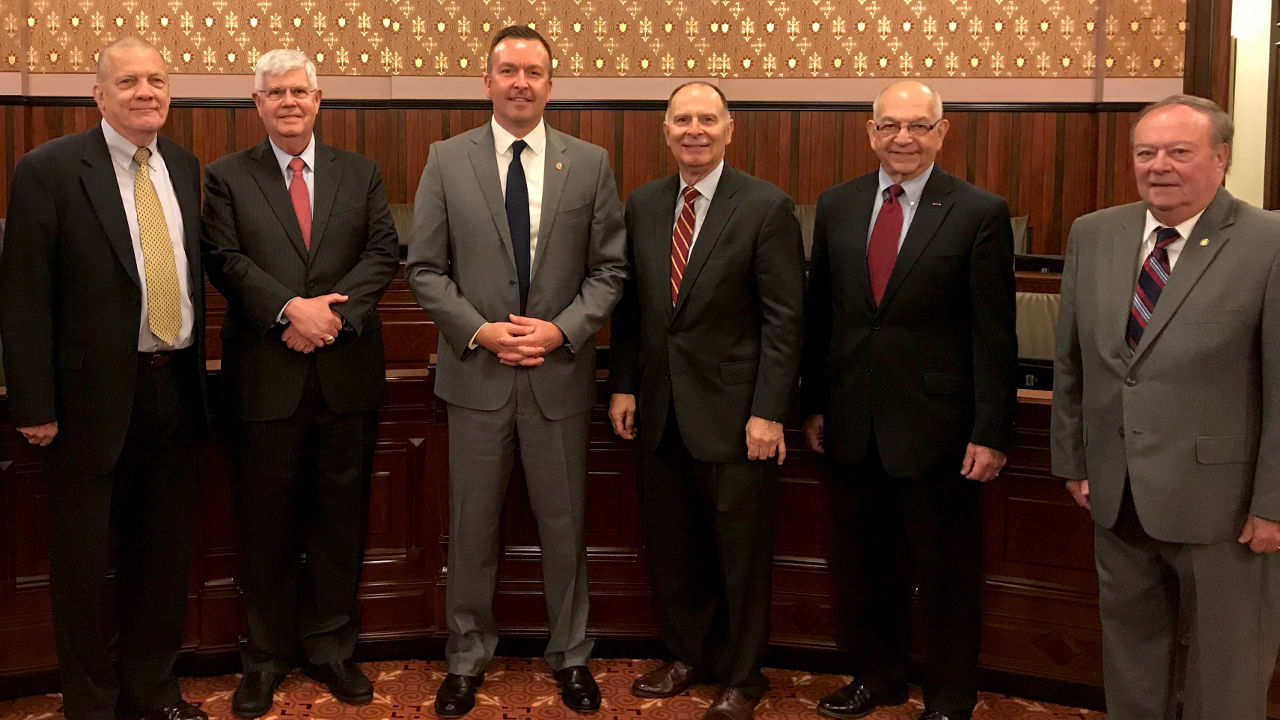 Several of Illinois’ retired military leaders took strong roles in securing legislative victories to ensure the health and well-being of young people in the state. Health legislation and boosts to early childhood education funding will help prepare our youth to serve their nation in any way they choose.

Tobacco 21
The passage of “Tobacco 21” legislation (HB 345), signed by Governor Pritzker in April, came after years of effort from Mission: Readiness members. The law will raise the age to legally purchase tobacco products and e-cigarettes from 18 to 21. After passage in the General Assembly, bill sponsor Senator Julie Morrison cited the organization’s support, saying “I think this speaks volumes about what the military would, in fact, want for its members.”

As United States Air Force Brigadier General (Ret.) Jay Sheedy pointed out in testimony before the General Assembly in February, a reduction in youth smoking would enhance military preparedness:

“Tobacco use among active duty military personnel has enormous physical and fiscal impacts. It reduces soldiers’ fitness and endurance and is linked to greater absenteeism and lost productivity. Tobacco use costs the Department of Defense an estimated $1.6 billion annually in medical costs and lost productivity. And an estimated 175,000 current active-duty service members will die from using tobacco products unless they quit. We must take action in our state to help youth stay fit, stay in school, and stay out of trouble.”

Despite support from Mission: Readiness’s military leaders, however, a second bill that would have positively impacted Illinoisans’ health did not pass. SB 1189/HB 2234, which would have increased opportunities for physical education in the state’s public schools, fell short in this legislative session.

We must take action in our state to help youth stay fit, stay in school, and stay out of trouble.

Early Childhood Education
The Early Childhood Block Grant received a $50 million increase in appropriations this legislative session — short of what had been recommended by the State Board of Education, the Governor, and Mission: Readiness, but still a very positive step. In meetings with legislators, Mission: Readiness members had argued strongly for the role of preschool in helping young children make their very first steps toward developing strong minds and characters. As U.S. Army Major General (ret.) Randal E. Thomas wrote in the State Journal-Register, “High-quality early learning programs can open the doors down the road to college, careers, and military service, if they choose to serve.”

Mission: Readiness members are alarmed that 70% of Illinoisans aged 17 to 24 are not eligible to join the military. The primary reasons: poor education, criminal records, and lack of physical fitness. Early learning can address all three concerns. Research shows that children who attend high-quality preschool have improved long-term educational outcomes and are less likely to engage in criminal activity later on. And studies show that programs to provide meals and nutrition education in the preschool setting can lower the risk of obesity.

High-quality child care, as well, has been shown to be a strong investment in the nation’s future national security; therefore, the military leaders had also been strong proponents of the state’s Child Care Assistance Program. The program, which helps subsidize the high costs of child care for working families, received a $28.8 million increase for FY2020.

Both the preschool and child care infrastructures, moreover, were strengthened by their inclusion in the Illinois capital plan, passed by the General Assembly and soon to be signed by Governor JB Pritzker. In that plan — the state’s first in a decade — $100 million will be set aside to meet the serious bricks-and-mortar needs of early education providers.

Through meetings, op-eds, and legislative testimony, it is clear that the voices of these retired military leaders are being heard in Springfield, resulting in policies that not only will enhance our country’s national security, but will benefit the well-being of all Illinoisans.