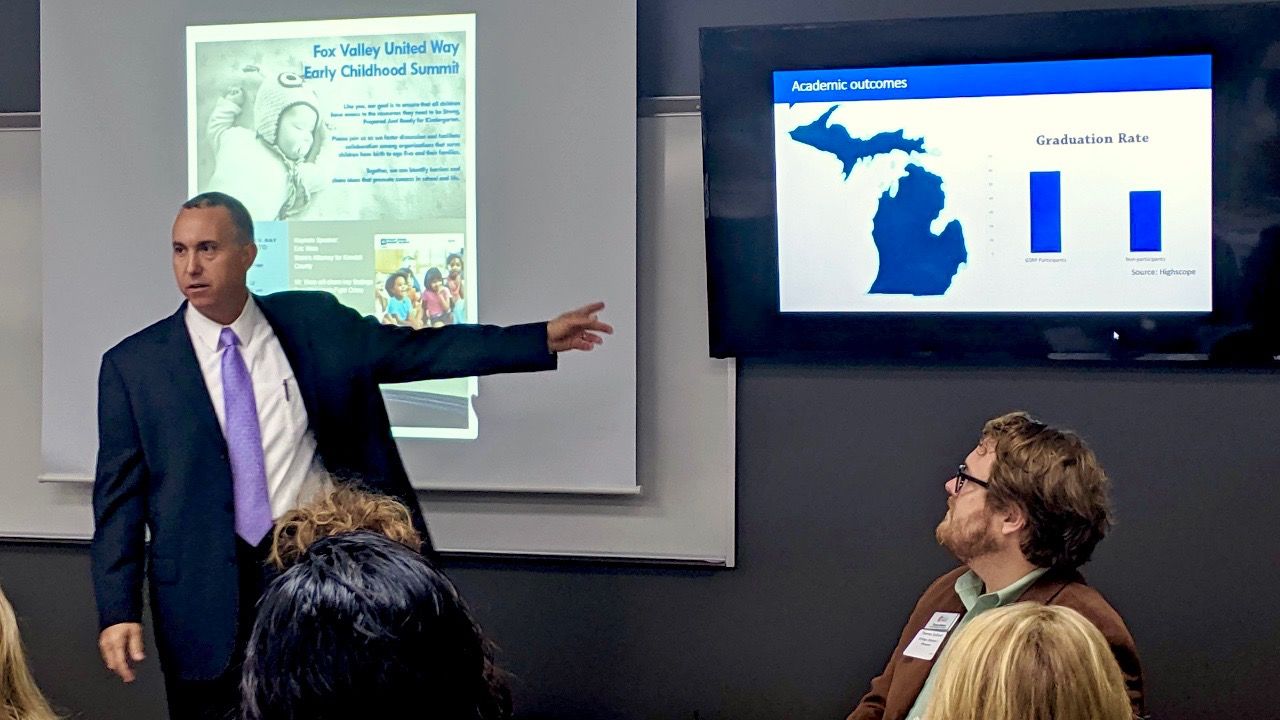 We were honored to have Kendall County State’s Attorney Eric Weis as our keynote speaker. He spoke about the recent @FightCrimeIL report detailing the importance of investing in children. When we #liveunited we ensure all children are strong, prepared and ready for kindergarten. pic.twitter.com/JFMzCrhQMv

The Fox Valley United Way has made school preparedness a signature issue through its SPARK (Strong, Prepared, and Ready for Kindergarten) initiative. Weis said that the issue applies to his county: According to the Erikson Institute’s “Risk and Reach” report, 80% of incoming kindergarteners in Kendall County were evaluated by their teachers as lacking school readiness.

Weis said that resources directed to children, from their birth to age five, provide the greatest return on investment, with every dollar spent providing a “profit” of $13 to society. He pointed to voluntary home visiting, quality child care, and preschool as programs that are proven to prepare children for kindergarten and for life.

We have data that shows Kendall County would benefit by investing in the education of its youngest residents. The foundation for a productive adulthood starts there.

As a prosecutor, Weis cited evidence — included in a recent Fight Crime: Invest in Kids report — that home visiting and preschool can help significantly reduce future crime and violence.

State Representative Keith Wheeler, who attended the Summit, agreed that it was important to start children on a good path so they do not turn to crime later. “It’s hard when you can’t see the return immediately because people want to tackle something today, but the reality is we know we need to do a better job,” Wheeler told the Aurora Beacon News. “When we can make a difference and we don’t, things turn out poorly not just for the person who committed a crime or was a victim, but everyone in the community.“