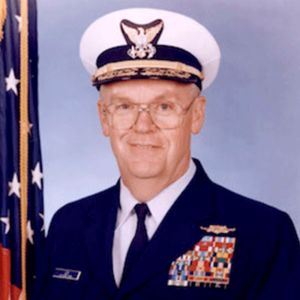 Admiral James Loy is a native of Altoona, Pennsylvania and graduated from the U.S. Coast Guard Academy with a Bachelor of Science degree in General Engineering. He commanded four Coast Guard cutters including the Point Lomas on combat patrols in Vietnam; CGC Valiant, homeported in Galveston, Texas; and CGC Midgett, homeported in San Francisco, California. He has also served in flag assignments as Commander, Eighth Coast Guard District, New Orleans, Louisiana and as Chief, Office of Personnel and Training at Coast Guard Headquarters. Admiral Loy retired from the U.S. Coast Guard in 2002, having served as its Commandant since 1998. As head of the 90,000-person organization, he restored readiness through workforce development and modernized the Coast Guard’s fleet of ships and aircraft. Admiral Loy served in the Department of Transportation as Deputy Under Secretary for Security and Chief Operating Officer of the Transportation Security Administration (TSA), and later as Under Secretary for Security. In these roles, he served as the first administrator of the newly created TSA. In 2005 Admiral Loy completed a 45-year career in public service, retiring as Deputy Secretary of Homeland Security. Admiral Loy attended postgraduate school at Wesleyan University and the University of Rhode Island earning Masters degrees in History/Government and Public Administration and attended the Industrial College of the Armed Forces in Washington, DC. Admiral Loy joined Mission: Readiness in 2012.