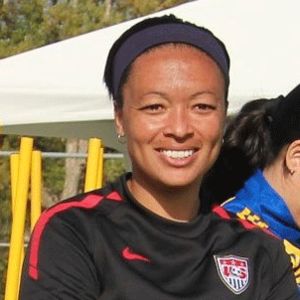 Angela Hucles is a two-time Olympic Gold Medalist for U.S. Soccer, two-time World Cup Bronze Medalist, former professional soccer player of the Boston Breakers, and the US Soccer Foundation’s 2009 Humanitarian of the Year. The midfielder first stepped into the soccer scene for USA in 2002; she started in 48 of her 109 career caps. She is ranked to be 24th on the all- time the U.S. caps list.The leading scorer for the U.S. Women’s National Team in the 2008 Olympic Games, Hucles did not expect to play as much, but an leg injury to Abby Wambach in a pre-Olympic match pushed Hucles into the starting lineup. With this opportunity as a starter, she delivered in true clutch fashion, with the best performance in U.S. history, leading the U.S. team with four goals. Hucles also played for Women’s Professional Soccer (WPS) for the Boston Breakers.

With more than 25 years in the sports industry, fueled by a passion for helping others achieve their goals and dreams, Hucles founded Empowerment Through Sport, LLC in 2012, an organization focused on discovering sports leadership skills and athlete transitions that translate to life success. She currently serves as the Women’s Sports Foundation President.