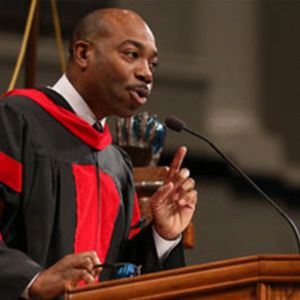 Member: Shepherding the Next Generation

Pastor Bartholomew Orr has been a member of Shepherding the Next Generation since 2014. He is a firm believer in education, and he leads by example in that area.

Yielding his life unto Christ early, Bartholomew Orr began preaching in 1981 at age 11. Continuing to cultivate his calling, Pastor Orr was licensed to preach in 1983 and ordained in 1986. He was blessed to be elected pastor of Brown Missionary Baptist Church in 1989.

Under his watch as Shepherd of this flock, he has witnessed a children’s ministry explode to several hundred children, and formed life enriching partnerships with community members to ensure that individuals have access to health screenings and career opportunities. Their membership and church attendance has grown to over 10,000, through enriched ministries, increased fellowship and service projects. They are striving to become a beacon of light to give safe guidance and proper direction to our dark world.

Pastor Orr received his Doctorate in Ministry from Union University in Jackson, TN in 2014; his Masters of Divinity degree from Mid-America Baptist Theological Seminary in Germantown, TN in 2003; his undergraduate at Christian Brothers University in Memphis, TN in 1991.

In addition to having an Excellence in Education program that monitors youth educational paths, they Brown Missionary Baptist provides workshops and fellowships for boys called GENTS and for women, GEMS. Additionally, they have The Brown Youth Initiative (BYI) that provides six weeks of summer employment for the youth of Brown Baptist between the ages 15-19. The BYI experience trains and exposes youth to workplace ethics; imparts valuable employment skills and provides the youth with a summer income.