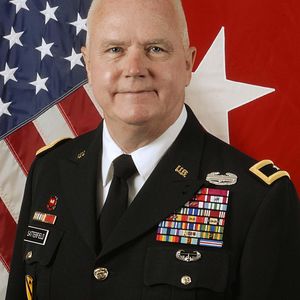 Douglas R. Satterfield is a graduate of Texas Tech, Oklahoma State, and the Army War College. He joined the U.S. Army in 1974 as a Private and retired as a Brigadier General. His last assignment was Deputy Commanding General of the 412th Theater Engineer Command and wartime Engineer for Eighth U.S. Army.

Over his 40-year military career, General Satterfield was deployed six times to combat since 9/11. Satterfield retired in May 2014 and currently lives in New Jersey with his wife Nancy, with whom he raised four children. He is actively involved in a local Boy Scout troop, is President of the Four Seasons Veterans Club, and has written two books on leadership since his retirement.