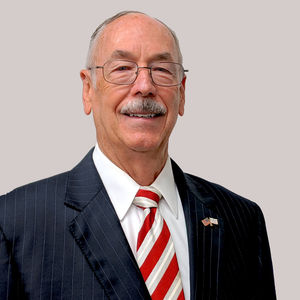 Rear Admiral Casey W. Coane has been a member of Mission: Readiness since 2010 and is currently a Board Member of Council for a Strong America.

Admiral Coane served as a Navy pilot for thirty-four years. His last two flag assignments were as Deputy Commander US SIXTH Fleet in the Mediterranean then Deputy Commander Naval Network Warfare Command/Naval Space Command in Little Creek, Virginia. After retiring from the Navy, Admiral Coane served for eight years as CEO of the Association of the United States Navy. He currently also serves as a Board Member of Veterans Moving Forward an organization which provides service dogs to Veterans with PTSD.