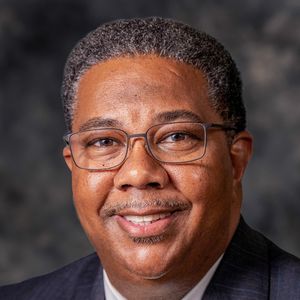 Charles Hall is the Vice President of Power Generation at Entergy.

Hall provides executive leadership for the operations of Entergy’s fleet of more than 30 owned, leased, or operated natural gas, coal, oil, hydro, and petroleum coke plants, with a total generating capacity of over 18,500 megawatts.

“In his nearly 40-year career with the company, Charles has worked his way from a mechanic at White Bluff to the top position in the power generation, organization.”

“His is a great story of how hard work, dedication, and being a leader of people can lead to great results for employees and the company.”

Hall started working for the company in 1981 in operations at White Bluff Plant. He progressed through numerous positions at several generating plants, including operations technician, plant supervisor, and senior production superintendent. He was also plant manager of Gerald Andrus and most recently served as Vice President, Power Plant Operations for Entergy Arkansas.