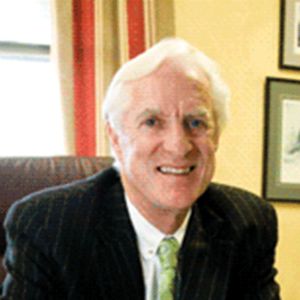 As the leader of the state’s largest and most diverse business association for more than 20 years, Dana Connors oversees the Maine State Chamber’s broad range of activities: advocacy efforts, economic development initiatives, workforce development opportunities, and a wide variety of member services on behalf of the state’s business community.

Mr. Connors began his career as the city manager of Presque Isle for 16 years, and then spent 11 years as commissioner of the Maine Department of Transportation. He has been president of the Maine State Chamber of Commerce since 1994.

A Maine native, Mr. Connors received a bachelor’s degree in public management from the University of Maine in 1965. He has been appointed by the Governor to serve on the Northern New England Passenger Rail Authority and the State of Maine Governor’s Business Roundtable for Early Childhood Development. Other boards on which he currently serves include the Maine Economic Research Institute; Maine Manufacturing Extension Partnership; and Maine & Company. Additionally, he has been a member of ReadyNation since 2009.

Mr. Connors has received numerous awards for his service and leadership to the state of Maine throughout his career. Most recently, he was inducted into Junior Achievement’s Maine Business Hall of Fame (2014) and received an Honorary Doctorate from the University of Maine, Orono (2015).