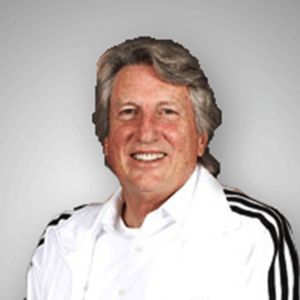 Considered one of the most influential athletes in the history of track & field, Dick Fosbury revolutionized the high jump as a high schooler when he developed a new technique that quickly became known as “the Fosbury Flop.” The Flop was developed during Fosbury’s high school years when he won the National Junior Champ meet. His signature technique was perfected at Oregon State University when Fosbury first cleared 7’ during the 1968 indoor season and became National Champion at the NCAAs in 1968 and 1969. He won the Gold Medal at the 1968 Mexico City Olympic Games, breaking Olympic and American records. The Fosbury Flop has become the universal high jumping technique used by elite athletes globally.