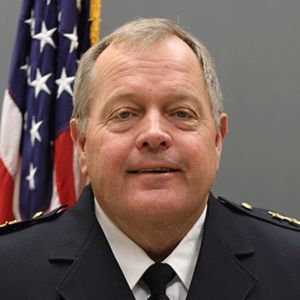 Donald “Don” Dixon joined Fight Crime: Invest in Kids in 2002. He was Chief of Police at the Lake Charles Police Department in Louisiana, and has over 30 years of experience in law enforcement. Prior to his appointment, Dixon was the Senior Resident Agent of the Lake Charles division of the Federal Bureau of Investigation. He is certified as an F.B.I. instructor in firearms, defensive tactics, SWAT, counter-sniper activities and tactics. He also served as a consultant to the F.B.I. Tactical Team during the 2002 Super Bowl. As chief of the Lake Charles Police Department, Dixon oversees operation of the principal law enforcement agency in the City of Lake Charles. His responsibilities include the supervision of 194 sworn law enforcement personnel, directing all patrol, investigative and administrative operations, and administering an annual budget in excess of $12 million.

A strong and vocal member, Chief Dixon has spoken passionately about his experience in law enforcement and the importance in preventing crime by ensuring kids have the right start in life. Chief Dixon has worked with Fight Crime: Invest in Kids on a number issues including mental health reform, early education and care, and Juvenile Justice reform. Chief Dixon is quoted in several Fight Crime: Invest in Kids research reports. His most recent feature was in “We’re the Guys You Pay Later,” a report on early education in Louisiana.