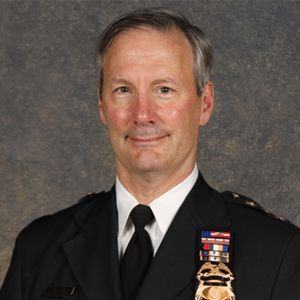 Edward A. Flynn served the city of Milwaukee, Wisconsin as Chief of Police for 10 years. Flynn worked closely with other board members to guide the organization in its efforts to build a healthier, more secure and better educated nation. Previously, Flynn served as Police Commissioner of Springfield, Massachusetts where he headed over five hundred law enforcement personnel. For his extensive service and leadership he received the Gary Hayes Memorial Award for Police Leadership. Flynn graduated with a B.A. in history from LaSalle University in Philadelphia, received his Master’s degree in Criminal Justice from John Jay College of Criminal Justice.

By Edward A. Flynn