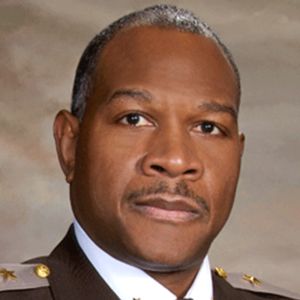 Gabriel Morgan joined Fight Crime: Invest in Kids in 2007, and is currently serving his third term as the Sheriff of Newport News, Virginia. As Sheriff, he manages a staff of 220 that provide a range of functions, including the custody and care of more than 500 prisoners.

Before being elected in Sheriff in 2006, he served as Special Agent-in-Charge for the Virginia Department of Motor Vehicles, Investigate Services. Sheriff Morgan also served more than 21 years in U.S. Army. After entering as a private, he remained enlisted through the rank of Staff Sergeant and later earned a commission through Officer Candidate School. Sheriff Morgan later commanded the Area Confinement Facility at Ft. Knox, Kentucky.

Sheriff Morgan has been a vocal advocate for the importance of giving kids a strong start in life as a way to promote public safety. He is particularly passionate about ensuring adequate access to community based alternative programs for juvenile offenders as an alternative to youth detention facilities. To promote alternative therapy programs, Sheriff Morgan testified before the newly created Crime Prevention and Youth Development Caucus in the U.S. House of Representatives in 2014. He also spoke out about the importance to alternatives programs locally in the Commonwealth of Virginia as state legislators were considering reforms in 2016.