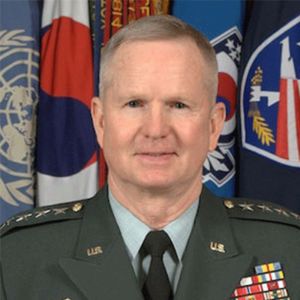 General Burwell B. Bell III joined Mission: Readiness in 2001. He was born and raised in Oak Ridge, Tennessee. After graduating from the University of Tennessee at Chattanooga with a degree in Business Administration, he was commissioned as a Distinguished Military Graduate into the U.S. Army as an Armor/Tank 2nd Lieutenant. He later received a Master of Science in Systems Management from the University of Southern California. He is also the recipient of three Honorary Doctorate Degrees. During his 39-year active duty military career, General Bell completed the Armor Officer Basic and Advanced Courses, United States Army Command and General Staff College, and the National War College. He also successfully completed Army Ranger School. General Bell’s command positions included Assistant Division Commander in the 3d and 1st Infantry Division’s, Commander of the U.S. Army Armor Center, and Commander of the Army’s III Corps. After receiving the promotion to general in 2002, he commanded the United States Army, Europe and 7th Army, and simultaneously NATO’s Land Component Command. In 2006 he was reassigned to South Korea where he commanded U.S. Forces, Korea; the Korea - U.S. Combined Forces Command; and the United Nations Command. General Bell retired from the Army in 2008 and resides in Ooltewah, TN. He does consulting work, speaks and publishes frequently on matters relating to national security.