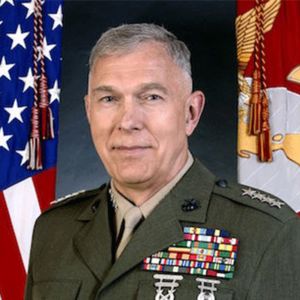 General Conway joined Mission: Readiness in 2012. He was born in Walnut Ridge, Arkansas, is a graduate of Southeast Missouri State University and was commissioned in 1970 as an infantry officer. His initial general officer duties included Deputy Director of Operations, J-34, Combating Terrorism, Joint Staff, Washington, D.C.; and President, Marine Corps University at Quantico, Va. After promotion to major general, he assumed command of the 1st Marine Division. In 2002, Major General Conway was promoted to lieutenant general and assumed command of the I Marine Expeditionary Force. He commanded I Marine Expeditionary Force during two combat tours in Iraq. In 2004, he was reassigned as the Director of Operations, J-3, Joint Staff, and culminated his career by serving as the 34th Commandant of the United States Marine Corps, from 2006 to 2010. General Conway graduated with honors from The Basic School, the U.S. Army Infantry Officers Advanced Course, the Marine Corps Command and Staff College and the Air War College. His post-government service ventures include membership on Textron’s Board of Directors, Colt Firearm’s Board of Advisors, and Chairman for the Marine Corps University Foundation. He is the Non-Executive Independent Director for xG Technology and also co-chairs the Energy Security Leadership Council (Securing America’s Future Energy), a nonpartisan energy policy think tank.