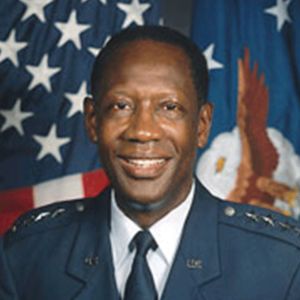 A native of Washington, D.C., General Lyles has been a member of Mission: Readiness since 2010. He received his B.S., in mechanical engineering from Howard University, his M.S. in mechanical engineering from the Air Force Institute of Technology Program at New Mexico State University, and an Honorary Doctorate of Laws degree from New Mexico State University in 2002. He also received an Honorary Doctorate of Laws degree from Urbana University in Urbana Ohio.

General Lyles became the Director of the Ballistic Missile Defense Organization in 1996 and in May 1999 he was assigned as Vice Chief of Staff at Headquarters U.S. Air Force. In April 2000, he became the Commander, Air Force Materiel Command, Wright-Patterson Air Force Base, Ohio. The command conducts research, development, test and evaluation, acquisition management services and logistics support for the Air Force. He retired in October 2003.