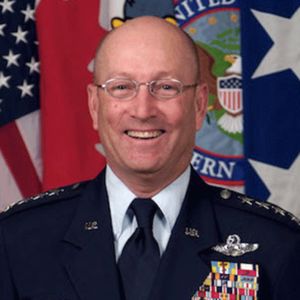 General Renuart joined Mission: Readiness in 2011. He was born in Miami, Florida and entered the Air Force in 1971 following graduation from Indiana University, then commissioned through the Officer Training School. He served as the U.S. Central Command Director of Operations, wherein he oversaw the planning and execution of all joint and allied combat, humanitarian assistance and reconstruction operations for operations Enduring Freedom and Iraqi Freedom. He also served as Vice Commander, Pacific Air Forces, where he was responsible for Air Force and Air Component Command activities for the Commander, U.S. Pacific Command. The general has flown combat missions in operations Desert Storm, Deny Flight, Northern Watch and Southern Watch. He also served as the Director of Strategy, Policy and Planning for the Joint Staff. He left the service in 2010 after almost 40 years of distinguished service that culminated with his position as Commander, NORAD and US Northern Command where he was responsible for homeland defense and security issues for North America. In retirement General Renuart serves as a consultant for BAE Systems, Inc and more recently founded The Renuart Group, LLC. He also serves on multiple boards, both for profit and non-profit, in the defense, energy, commercial development, construction, and healthcare sectors.