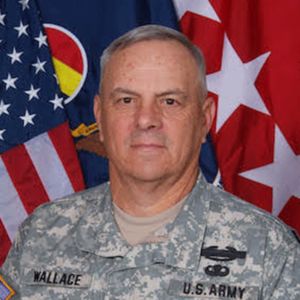 General William S. Wallace has been a Mission: Readiness member since 2012. Born in Chicago, Wallace was commissioned in 1969 after graduating from the United States Military Academy at West Point with a B.S. in Engineering. After qualifying as an armor officer, he deployed and served in the Vietnam War. As a general officer, he was assigned as the Commanding General, 4th Infantry Division and then Commanding General of the Joint Warfighting Center, U.S. Joint Forces Command in Suffolk, VA. General Wallace assumed command of the V Corps in 2001 and commanded the Corps during the invasion of Iraq until 2003, when he left to become the commanding general of the Army’s Combined Arms Center at Fort Leavenworth, Kansas. General Wallace assumed command of the U.S. Army Training and Doctrine Command (TRADOC) at Fort Monroe, Virginia, serving from 2005 to 2008, where he retired in December of that year. In addition to his West Point education, General Wallace also attended Naval Postgraduate School where he obtained his M.S. in Operations Research. General Wallace has served as a member of the Board of Directors for Oshkosh Corp. since 2011, and is also a director of CACI International Inc. He currently acts as an independent consultant to various organizations and businesses serving the Department of Defense.