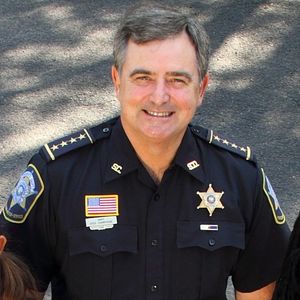 Greg Champagne was elected Sheriff of St. Charles Parish in 1995 and has been reelected five times. Upon completion of his sixth term, he will become the longest serving sheriff in the 200 year history of St. Charles Parish. Sheriff Champagne is a past president of the Louisiana Sheriffs’ Association, Immediate Past President of The National Sheriffs’ Association, chairman of the NSA Legal Affairs Committee, and a member of the Louisiana State Law Institute’s Committee on l on Justice as well as The NSA Congressional Affairs, Global Affairs, and Homeland Security Committees. In addition, the Attorney General of The United States appointed Sheriff Champagne to the National Commission on Forensic Science in August of 2015.