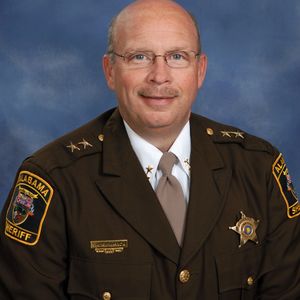 Sheriff Huey “Hoss” Mack is a 33-year law enforcement veteran and has been the elected Sheriff of Baldwin County since 2006.   In addition to being a law enforcement leader, Sheriff Mack has been involved in numerous civic activities, including the Alabama Sheriff’s Association, where he is a past president, the Robertsdale Rotary Club, and the Central Baldwin Chamber of Commerce. Currently, he is the member of Board of Directors for the National Sheriffs’ Association, Citizens Bank, and the Thomas Hospital Foundation. Sheriff Mack is a three-time Rotary Paul Harris Fellow and Central Baldwin Man of the Year and a graduate of the National Sheriff’s Institute, FBI Law Enforcement Leadership Executive Development Program, and the Alabama Law Institute.

Sheriff Mack has been a member of Fight Crime: Invest in Kids for just over six years, where he has worked with us to bring the message of fighting crime by investing in kids to both state and federal legislators.