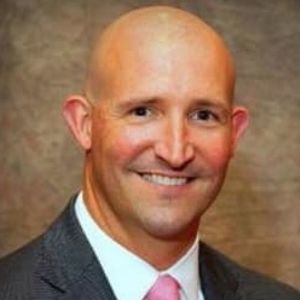 Jason Duren is Senior Vice President at Cadence Bank in Jackson, MS. In his role as Commercial Banker, Jason is responsible for growing commercial client relationships in the Metro Jackson Area. Jason is involved in all aspects of relationship building including loan and deposit growth along with Treasury & Investment Management. Jason has worked for BancorpSouth since 2015 and began his banking career with Regions Bank and has over 15 years of banking/finance experience.

Jason is a native of Charleston, MS, and a 2004 graduate of Mississippi College, where he lettered 3 years in Football and graduated with a Bachelors degree in Business Administration. In 2008, he met his wife Sarah, and they have 2 children; Meyer (8) and Lola (6). They live in Madison, MS where Jason enjoys hunting, fishing, golfing, and spending time with family. Jason and his family are members of First Ridgeland Baptist Church, where he serves in multiple areas and is the immediate past Chairman of the Deacon board.

Active in the community, Jason is currently serves on the board of the Greater Jackson Chamber Partnership, the Loan Committee for Financial Institutions Housing Opportunity Pool, and serves on multiple advisory committees, and participates in numerous community projects year round, including past member of Best Dressed Jackson Class of 2018, Real Men Wear Pink Class of 2019, and leads BancorpSouth’s efforts in Habitat for Humanity’s annual Bankers Build.