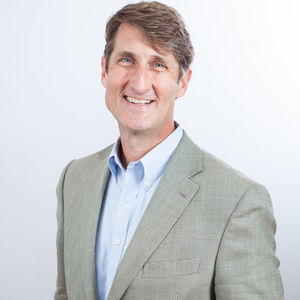 Jeff is the Chair and founding board member of the Refill Jackson Initiative; a non-profit workforce development program housed within a restaurant setting – Refill Café – located in West Jackson on the Jackson State University Parkway. Refill Jackson is a non-profit workforce development program that provides job training, soft skill development, social service support, educational support, mentoring, and employment services. The mission of Refill Jackson Initiative is to empower young adults, ages 18 to 24, so that they are more confident, better equipped, and motivated to enter into, navigate, and stay in the workforce.

Jeff is also a founding principal and partner of Soul City Hospitality, a Social Business Enterprise focused on developing Mississippi’s local food economy. The UP IN FARMS FOOD HUB is the first effort created for this purpose, and it is headquartered in the historic Farmer’s Market at the corner of Woodrow Wilson and West Streets in Jackson, MS.

Jeff moved to Jackson from Salt Lake City, Utah in the summer of 1980, when his father became the Dean of Students at Millsaps College. He completed his senior year of high school in Jackson Public Schools attending Murrah High School. He attended Millsaps College and graduated in May of 1986 with a degree in Business Administration. That summer after graduation, Jeff married his college sweetheart, Debbie McGregor, and started a career as a computer salesman for the NCR Corporation calling on accounts in the manufacturing and distribution industries. In 1994, Jeff and Dan Blumenthal, his best friend from high school, opened their first restaurant, BRAVO!. In December 1998, they opened Broad Street Baking Company and Café. In April 2007, Sal & Mookie’s New York Pizza and Ice Cream Joint opened. Their first business license for Sal & Mookie’s was sold in 2014 and in April 2015, Sal & Mookie’s Biloxi was opened on the Mississippi Gulf Coast. Soul City Hospitality was formed in 2014 and the UP IN FARMS FOOD HUB began operations in the late 2015. Refill Café opened its doors in 2019.

Jeff’s wife Debbie is a retired High School Latin teacher, an adjunct professor at Mississippi College and operates a residential remodeling and rental business in the historic Jackson neighborhood of Fondren. Debbie and Jeff are proud parents of recent twin college graduates, Alexandra (Alex) from Tufts University and Caroline (Carly) from Rhodes College. Alex, working via Teach for America, is serving as a 2nd grade teacher at Johnson Elementary in Jackson, MS, and Carly is affiliated with Ashford Financial Group also in Jackson.