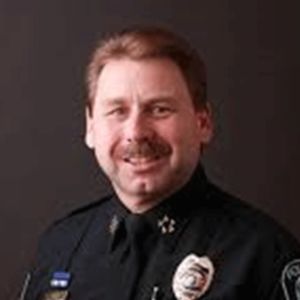 Chief Hughes has been a member of Fight Crime: Invest in Kids since 2012. He joined the Brentwood Police Department 30 years ago and was named Chief of Police in 2012. He is only the third person in the city to hold of the title of chief of police.

Though one of his grandfathers was a county deputy and the other a highway patrolman, Chief Hughes’ original career was in service merchandising, not law enforcement. When he heard of an opportunity to join, he did and has worked in law enforcement ever since. Chief Hughes holds his position in high esteem, wearing his uniform four out of five days a week and is an active member of the rotary club. He is also seen as a cowboy by many of his friends and colleagues, owning a 31­acre ranch that has been in his family for generations. In his spare time, Chief Hughes enjoys NASCAR and any sport at the University of Tennessee.