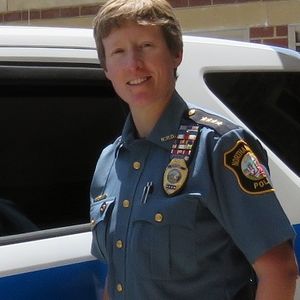 Chief Jody Kasper has been a member of Fight Crime: Invest in Kids since 2018. Chief Kasper began her career with the Northampton Police Department in 1998 as a patrol officer. She was part of the Bike Patrol Unit, was a Field Training Officer, a Detective, a Sergeant, a Lieutenant, the Detective Lieutenant, the Captain of Operations, and was appointed as Chief in June, 2015.

Chief Kasper is a member of the Western Massachusetts Chiefs of Police Association where she serves on the Executive Committee, the Massachusetts Chiefs of Police Association, the International Association of Chiefs of Police, and the National Association of Women Law Enforcement Executives. Within Northampton she is a member of the Transportation and Parking Commission and is on the Executive Board of the Hampshire Heroin/Opioid Prevention and Education (HOPE) Coalition. Chief Kasper is also a published author. She has written three books in the area of policing and leadership and has written numerous articles that have been published in national and international magazines.