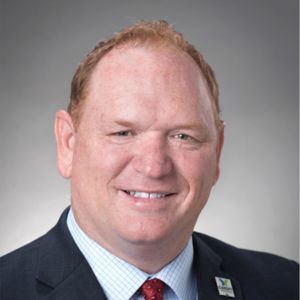 John Damon’s clinical and executive leadership experience spans more than 25 years. Joining Canopy in 1993, he began as a therapist at the CARES Center Jackson. He went on to become Clinical Director and serve in the capacity of CARES Center Director and Chief Operating Officer before transitioning to Chief Executive Office in 2013. As the primary public figure for the organization, John plays a critical role in fostering relationships between Canopy and other leading healthcare providers, political entities and professional thought leaders and organizations.

As an adjunct professor, John has taught in both undergraduate and graduate academic institutions and has presented to the U.S. Senate Caucus Committee as well as state, regional and national audiences on foster care, mental health and substance abuse. John is a published author where his work has appeared in numerous books and peer reviewed journals for children’s behavioral health.

John holds a Bachelor of Science in Psychology from Mississippi College, a Master of Arts in Marriage and Family Therapy from Reformed Theological Seminary, and earned his doctorate in Philosophy in Clinical Psychology from Jackson State University. He completed his residency in Child Psychology at University of Mississippi Medical Center.

John and his wife are proud parents of five children. They attend Broadmoor Baptist Church and reside in Madison, Mississippi.