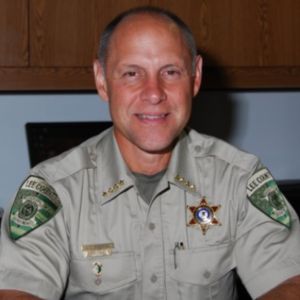 Lee County Sheriff John Simonton has been a member of Fight Crime: Invest in Kids since November 2014. Before serving as the Sheriff of Lee County, he held a number of positions in the profession, including: Boone County Sheriff Department Deputy; Trooper, Sergeant, Master Sergeant, Lieutenant, and Interim Commander with the Illinois State Police; and police officer with Dixon Police Department. He serves as the President of Northwest Illinois Chiefs and Sheriffs and President of the Board of Directors of PRISM, an Opioid and Mental Illness coalition. Sheriff Simonton has received the Meritorious Service Award and Award of Valor. According to Simonton, “I am a member of Fight Crime: Invest in Kids because I believe that crime can be reduced by providing resources and programs for children at younger ages, especially those that have been challenged by living in less than ideal home environments.”

Simonton graduated from Western Illinois University with a Bachelor of Science in Criminal Justice Administration in 1981.