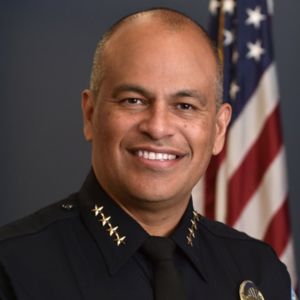 Chief Cisneros was appointed by the Anaheim City Council. Typically, police chiefs serve at the pleasure of the city council, mayor, or city manager, though in few instances the chief of police is elected. A chief of police typically serves as long as city leadership or the chief chooses, although a few cities appoint chiefs to limited terms.