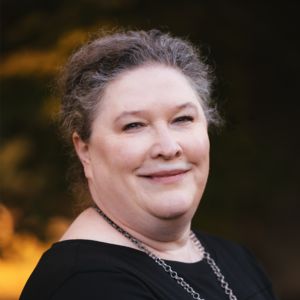 Kate Buchanan brings more than 25 years of experience in children and family services, advocacy, and systemic improvement to her role as Illinois State Deputy Director. Previously, Kate served as Associate Director at a child welfare membership organization where she led efforts to improve systems and strengthen the legislative and policy landscape at the state and federal levels. In that role, her portfolio included early childhood education, child welfare, juvenile justice, adoption, children’s mental health and member services. Prior to that, she worked as a staff attorney at Loyola University School of Law’s Child Law Center focusing on reforming the Illinois juvenile justice system. She began her career as a social worker at Children’s Home and Aid in Chicago where she became a manager leading permanency, adoption, foster parent licensing, and post adoption programs. Before attending social work school, Kate was an early childhood educator for 15–24-month-old children. She graduated from Shimer College with a B.A. in Humanities; earned her M.A. in Social Service Administration from the University of Chicago; and her J.D. from Loyola University Chicago School of Law where she was a ChildLaw Fellow.