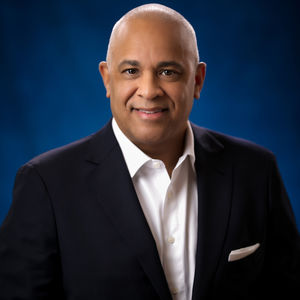 Mr. Lewis has more than 25 years of executive and financial management experience. He has been responsible for developing, reviewing, analyzing and implementing the strategic plans for various organizations. He brings a combination of operational and financial budgeting as well as creditor and union negotiation experience. In addition, he has significant experience in the implementation of financial and operational systems to improve company performance.

Mr. Lewis started his career as a staff accountant for one of the “big eight” accounting firms in 1984. He spent seven years in a finance and budgeting position for a major domestic automaker, in its credit arm, where he rapidly progressed through the organization. Mr. Lewis was initially hired as a municipal debt analyst and was responsible for analyzing project financing and municipal leases. He then became a registered investment professional for the credit arm of this same Automotive OEM. In this capacity, Mr. Lewis was responsible for the sale of commercial paper in the New York and New Jersey markets. During this time, he shared the responsibility for redesigning a new commercial paper issuance system. He was then assigned to long-term corporate debt, assisting in refinancing and structuring long and medium-term debt issuances. Mr. Lewis advanced to the role of a profit consolidator for the automobile maker’s credit arm. During his tenure, he communicated extensively with senior management regarding the development of the company’s budget and budget variances.

Mr. Lewis then joined a Tier 1 Automotive Supplier, as the Director of Finance in 1994. He was later promoted to Chief Financial Officer and then became Chief Executive Officer and Partner. In addition, Mr. Lewis served as President of a joint-venture with a Global multi-billion dollar Tier-1 automotive supplier, where he was responsible for overseeing all of the sales, financial and manufacturing activities. During his time as President of this joint-venture, he oversaw a successful acquisition strategy that nearly doubled revenues over a three-year period.

As an executive in the automotive industry, Mr. Lewis was also able to successfully navigate several industry-wide challenges. During a precipitous decline in automotive sales, he was responsible for restructuring the operations and finances of the Tier 1 automotive supplier where he served as the Chief Executive Officer. He led the negotiations with various creditor groups and negotiated concessions from the bargaining unit. He reduced the break-even point of the company by 20 percent by re-aligning the company’s manufacturing operations. Mr. Lewis’ experience in detailed budget reviews with an emphasis on cash management, combined with an understanding of vendor and employee requirements enabled him to negotiate a successful restructuring transaction.

He is active in numerous business, philanthropic, community, and civic organizations, including:

Mr. Lewis has been recognized by several entities, including the Michigan Chronicle’s Men of Excellence, Crain’s Detroit Business “40 under 40” and Rainbow PUSH Living Legend Award.

Blue Springs Metals has been recognized by the Southern Regional Minority Supplier Development Council as Supplier of the Year for 2015, 2016 and 2018