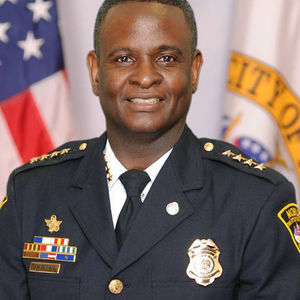 When Chief Lawrence L. Battiste, IV returned to Mobile after his military career, he began his career in law enforcement. He worked for the Mobile County Sheriff’s Office as a narcotic’s investigator assigned to the Drug Enforcement Administration Task Force (DEA). He was later assigned to the Child Advocacy Center as an investigator and took on the responsibility as the department head of the Major Crimes Unit.

Battiste is a long-time native of Mobile, Alabama. He is a graduate of B.C. Rain High School, class of 1981. Upon graduating from high school, he joined the United States Navy where he served five (5) years. He has an Associate of Science Degree in Criminal Justice from Bishop State Community College, a Bachelor of Science Degree in Management of Human Resources, and a Master Degree in Justice Administration from Faulkner University. He is also a graduate of the FBI National Academy.