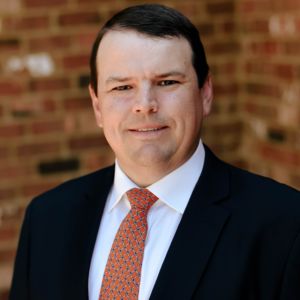 Matt Wilson is currently the Vice President of Operations for Newk’s Eatery out of their Jackson, MS Support Center. Newk’s is among the Fast Casual’s “Top 20 Movers & Shakers and "25 Smartest Growing Brands” by Franchise Brands Times. Newk’s is one of Nation’s Restaurant News’s “20 Standout Brands.” Newk’s won the National Restaurant Association’s"Restaurant Neighborhood Award" and the International Franchise Association’s “Innovation & Impact Award” and has grown to over 100 locations in 13 U.S. states. Matt joined Newk’s in 2007 where he has held various roles in store-level Operations, Training & Development and Franchise Consulting.

Matt grew up in Oxford, MS where he went on to attend the University of Mississippi. He currently resides in Madison, MS with his wife Nona and their children. They are active members of the First Baptist Church of Madison. In his spare time, he enjoys watching his daughter show horses, coaching his son’s baseball team and playing a round or two of golf.