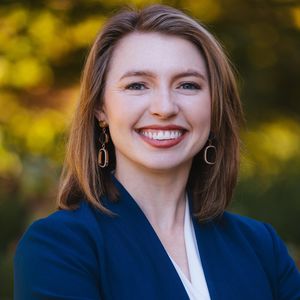 McKenzie Richardson joined Council for a Strong America in July 2022 as a Senior Associate for the Mobilization team. Prior to joining CSA, McKenzie worked in think tanks in Washington, D.C. and nonprofits and higher education in San Diego. Her policy experience includes international relations, national security, and early childhood education.

McKenzie earned a Master of Public Policy with a dual concentration in Peace and Security and Program Design and Evaluation from the School of Global Policy and Strategy at UC San Diego in 2022. She also holds a Bachelor of Arts in Political Science, Public Policy, and a Minor in Business from UC San Diego.