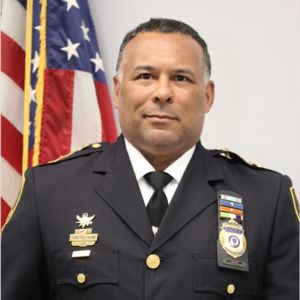 From 2003 through 2004, Chief Wynn had the opportunity to serve with the Drug Enforcement Administration as a Leadership Fellow with the DEA’s Leadership Development Unit. During this assignment, in addition to his leadership studies and teaching duties, Chief Wynn assisted in the instruction of Basic Agent Trainees in Practical Application and Tactical classes, including Defensive Tactics and Raids. As a result, Chief Wynn had the distinction of being certified as a DEA Tactical Instructor.

In 2011, Chief Wynn earned certification from the Force Science Research Institute as a Certified Force Analyst. In 2013, he was selected by the Anti-Defamation League to participate in the National Counter-Terrorism Seminar, traveling to Israel to explore and study counterterrorism strategies and techniques with Israeli Police and Defense units.

Chief Wynn is the author of Rising Through the Ranks: Leadership Tools and Tactics in Law Enforcement.