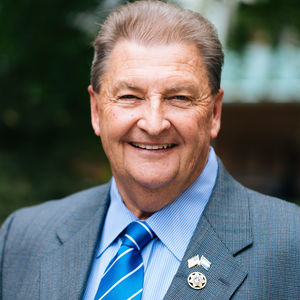 Micheal (Mike) Acree joined Council for a Strong America in May 2017, bringing over 35 years of law enforcement experience and service to this position.

Mike began his public safety career in the military police with the U.S. Army. Upon completion of his military service, Mike joined the Douglas County Sheriff’s Office as a patrol officer and grew his law enforcement career from there. After serving in various leadership roles within the department, Mike was elected to the position of Sheriff for Douglas County. Under his leadership, the county designed, built and opened a new criminal justice center facility that supported over 500 staff and 1,500 daily users.

Mike was later appointed by the Governor to the position of Deputy Executive Director of the Colorado Department of Public Safety, where he was instrumental in the coordination of the State’s homeland security efforts.

Mike earned a Bachelor’s in Criminal Justice/Management from Metro State College and is a graduate of the FBI National Academy. A Colorado native, Mike and his wife, Arleen, reside in Parker.