Chief of Police, Bath (ME) 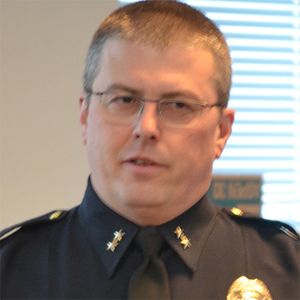 Bath (ME) Chief of Police Mike Field has been a member of Fight Crime: Invest In Kids since 2006, which is the same year he was appointed Bath Chief of Police.

Field grew up around law enforcement: His father was Bath’s animal control officer and was a reserve officer for nearly 20 years. Field joined the police cadet program while attending Morse High School in Bath, and at age 18, he began a three-year stint in the U.S. Army, where he served in the military police. Later, he earned his associate’s degree in law enforcement from Southern Maine Community College.

Field was hired by the Bath Police Department in 1988, where he advanced through the ranks from officer to corporal, to sergeant, and then to lieutenant in 2005. In March 2006, he was tapped as acting chief, and three months later, he officially became chief. In 2015, Field was elected President of the Maine Chiefs of Police Association, the same year he was serving as Chair of the United Way of Midcoast Maine.