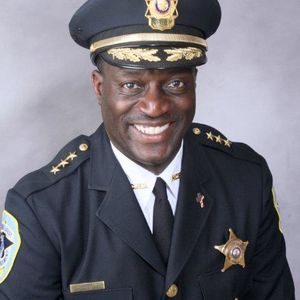 Mitchell R. Davis III is a 30 year law enforcement veteran and currently serves as Chief of Police for the Village of Hazel Crest, IL Police Department. Chief Davis serves on numerous law enforcement association boards, including as the 1st Vice President for the Illinois Association of Chiefs of Police, Immediate Past President for the South Suburban Association of Chiefs of Police, and as former National Recording Secretary for the National Organization of Black Law Enforcement Executives. He also serves as a Chairman of the Board for the Governor-appointed Illinois Law Enforcement Training and Standards Board and for the Southland Juvenile Justice Council, which seeks to divert juveniles in south suburban Cook County from the criminal justice system.

Chief Davis is completing his PhD in Organizational Leadership at Concordia University of Chicago. He graduated from the 182nd class of Northwestern University’s School of Police Staff and Command and holds a M.S. in Criminal Justice from the University of Cincinnati and a B.S. from Governors State University.

His community involvement ranges from serving as a member of the NBC 5 Community Action Board and of the South Suburban Family Shelter Board of Directors, to developing and teaching a life-skills program for inner-city young men of color who are HIV positive, gay, and homeless. He also served as a Police Liaison Officer for 27 years at south suburban Chicago high schools. Chief Davis’s professional and volunteer work led him to be named the Illinois State Crime Commission’s 2018 Police Chief of the Year and to receive the Jefferson Award for Lifetime Achievement in Public Service.